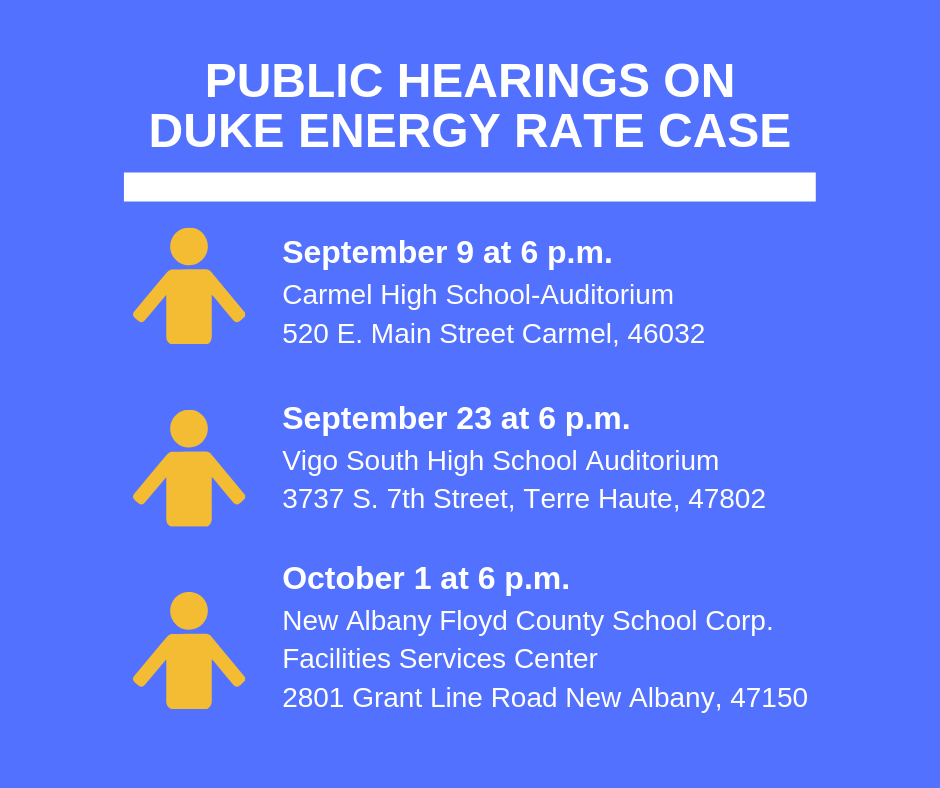 Duke Energy is asking to hike residential electricity bills by about $23 a month, its first appeal to state regulators for such action in nearly two decades.

The largest electric utility in the state of Indiana filed its request with the Indiana Utilities Regulatory Commission Tuesday morning. It is asking to increase its annual revenue by approximately $395 million.

This story will be updated.

The proposed increase is driven by investments to serve a growing customer base, generate cleaner electricity and improve the reliability of electric service, according to a Duke Energy press release.

Rates for all customer groups would increase by about 15% if the proposal is approved. Residential customers would see an increase of about 19%, or about an additional $276 per year.

Consumer advocates balked at the increase.

"We are not sure where Duke Energy thinks many residents will find an extra $23 a month," said Kerwin Olson of the Citizens Action Coalition. "In our view they are taking food off people’s tables with these increases, and why? Is Duke Energy under-earning? Are they not collecting enough money?"

That is a question that Olson, state utility regulators, and the Office of Utility Consumer Counselor, which represents ratepayer interests, will be trying to answer.

Duke's rate case filing comes days after the filing of their latest integrated resource plan, which lays out how the utility expects it will generate electricity over the next 20 years.

New projections in the plan suggest retiring seven coal-fired units a combined 61 years earlier in order to diversify their generation in the face of potential regulation of carbon dioxide emissions and the decreasing cost of renewable energy technology.

About 90 percent of the power Duke produced in Indiana in 2018 was coal-fired. The utility intends to supplement the retired coal-fired capacity primarily with natural gas mixed with some wind and solar energy.

However, several critics point out that Duke's projections for the future are "sorely lacking" in renewable energy and battery storage. The combination of solar and wind Duke said it expects to add by 2037 is less than the installed capacity of its current coal-fired Gibson plant.

"So you are talking about a sliver of their system," said Grant Smith, senior energy policy adviser with the Washington, D.C.-based nonprofit Environmental Working Group. "They are essentially replacing coal with natural gas and keeping wind and solar on the fringes."

Advocates say they are also perplexed by Duke's decision to request approval for the construction of a large natural gas plant months after a similar proposal by Vectren was rejected by state regulators.

Last year, Vectren proposed replacing part of its 100% coal-fired generation with a large natural gas plant. But the petition was struck down by state regulators, who said there was a "lack of evidence" that Vectren "made a serious effort to determine the price and availability of renewables."

The commission further cited the potential financial risk to customers who would be saddled with paying for the plant over a 30-year period during a time when the energy industry continues to rapidly evolve.

Vectren's plant would have provided 850 megawatts of natural gas power to its customers. Duke is asking for a 1,240 megawatt plant.

Since the rejection, Vectren has opened an all-source request for proposals to examine the viability of alternative energy mixes.

Duke's announcement also comes just under a year after NIPSCO, a northern Indiana utility, announced its intentions to retire all its coal plants in favor of renewable energy. NIPSCO's plan projects that more than half of the electricity it produces will come from wind, solar and battery storage by 2023.

The majority of Duke's retirements coal-fired plant retirements are slated for 2028 or later.

Coal-to-gas plant would become part of customers' base rate

Also included in the rate case would be a change in how ratepayers pay for Duke's controversial coal-to-gas plant in Knox County. The Edwardsport project was nearly $2 billion overbudget and has underperformed since it first opened in 2013, having repeated outages and costly repairs.

Currently, the average Duke Energy customer pays about $14 per month for the Edwardsport plant in their monthly bill through a "tracker," which allows a utility to recover costs outside of the rigorous regulatory process involved in a rate case.

Now, Duke is looking to incorporate nearly $100 million each year for operations and maintenance on the plant as part of its rate base. To do that, the utility must convince state regulators that the project is useful and in the public interest, not the expensive boondoggle that many view it to be.

IndyStar's environmental reporting project is made possible through the generous support of the nonprofit Nina Mason Pulliam Charitable Trust.

Documents you may wish to review about the Duke Energy Indiana rate increase request (Cause No. 45253) 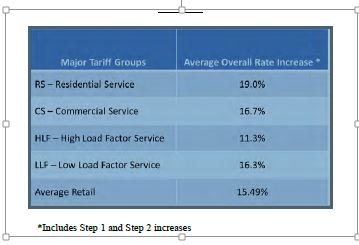 If you are interested in more details, please see this six-page summary: