Americans for Prosperity: States Are Unplugging Their Renewable-Energy Mandates 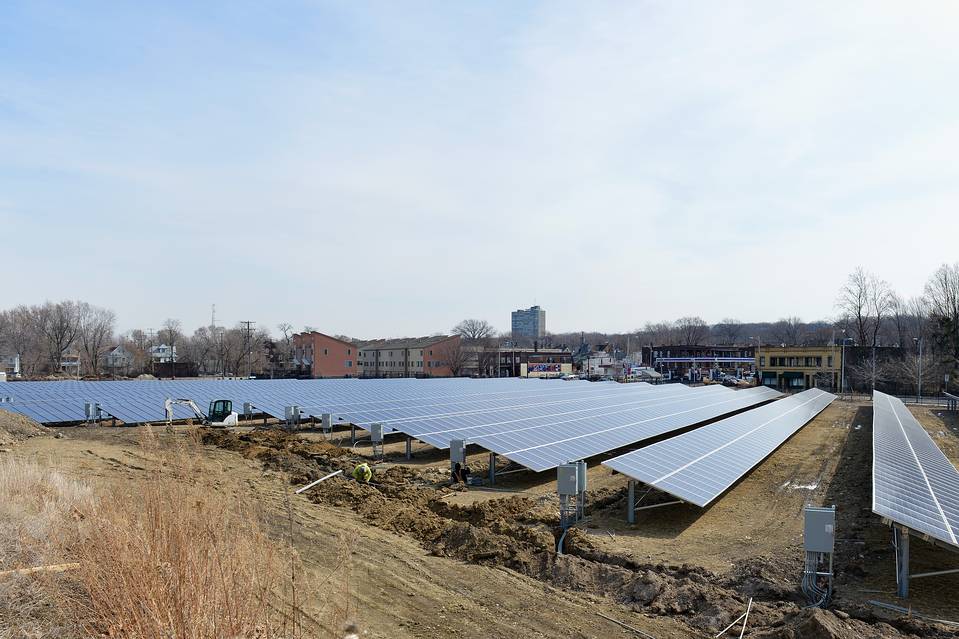 States Are Unplugging Their Renewable-Energy Mandates

North Carolina and Kansas are the latest to suffer sticker shock from the price of politicians’ green dreams.

When it comes to state energy policies, the wind is finally blowing in the right direction. Take our home states of Kansas and North Carolina, both of which have begun to look at their renewable-energy mandates with new skepticism.

In May, Kansas effectively repealed its Renewable Portfolio Standard—which required 20% renewable electricity by 2020—by making the target voluntary. “This allows some free-market forces to go to work,” the chairman of the House Energy and Environment Committee declared. North Carolina is on track to freeze its RPS law this year. The House has passed two bills that would hold the mandate at 6% renewables and prevent it from rising to 12.5% by 2021 as originally planned. There is powerful support in the state Senate for passing similar language before the end of the legislative session, likely in September.

Our states aren’t the only ones having second thoughts. In 2014 Ohio froze its RPS law at 2.5% for two years, pushing the final target of 12.5% back to 2026. West Virginia eliminated its mandate outright in February. The other 25 states with renewable portfolio standards would be wise to follow suit. These laws were in vogue from the late 1990s to the late 2000s as lawmakers sought to demonstrate their green credentials.

Most state RPS laws require that between 10% and 25% of electricity come from renewables. The figure is higher in some states: In New York the mandate is 30% by the end of this year, and in California it is 33% by the end of the decade.

These laws force states to increase renewable electricity generation, regardless of whether it makes sense for the local economy. New solar and wind farms cost substantial sums, which are then passed on to individuals and businesses through higher energy bills. Even once they are up and running, the electricity they generate costs a pretty penny.

Nationally, federal data from the Energy Information Administration (EIA) show that electricity is, on average, 22.9% more costly—24.2% for residential customers and 21.4% for industrial—where RPS mandates are in effect.

Our home states bear this out. EIA data show that over the past half-decade North Carolinians’ electricity rates rose twice as fast as they did in neighboring states, none of which have RPS laws. Today, our rates are nearly 2% higher than our neighbors’, and prices would increase further if targets for wind and solar, which now account for only about 3% of generation, are ratcheted up. In Kansas, where 19% of electricity came from wind in 2013, electric rates are on average 16% higher than in neighboring states.

No matter where you live, higher electric prices are harmful. When consumers pay higher electric bills, they have less to spend on everything else. When overhead costs for businesses and manufacturers increase, they have to divert money from increasing wages and creating jobs. Sometimes they even have to raise prices, which hits consumers every time they go to the store.

A report released in February by the Institute of Political Economy at Utah State University and Strata Policy quantifies these losses. North Carolinians lose a potential $14.4 billion in real personal income a year, while Kansans could be missing out on $4.85 billion a year, the report states. This money should be in families’ wallets. Instead, it is going to subsidize wind turbines and the like. The report further suggests that “RPS is correlated with an increase of 10 percent in a state’s unemployment rate.” That equates to 5,500 jobs for Kansas and 24,000 in North Carolina.

We’re fortunate that elected officials in our states are taking steps to undo this damage. But half of America’s states still suffer under the burden of Renewable Portfolio Standards. State lawmakers who want to help their constituents and boost their economies would be wise to let these green energy mandates flutter away into the wind.

IndianaDG Editor's Note: Although we do not agree with the above Commentary which recently appeared in the Wall Street Journal (WSJ) by these two representatives from state chapters of Americans for Prosperity (AFP), we do think it is important for advocates of renewable energy and distributed to understand where there is opposition from our perspective on energy policy and what the opposition is saying.

For more information about the author's organization Americans for Prosperity (AFP) please visit:

There is also an Indiana state AFP chapter. See http://americansforprosperity.org/indiana/.

Chase Downham is the Indiana State Director of Americans for Prosperity, one of the nation’s leading conservative grassroots organizations focused on limited government and free market principles. Chase started with the organization helping to launch the Indiana chapter in 2011.

Most recently, Chase worked for the Indiana Chamber of Commerce as the organization’s Manager of Political Affairs. In this role, Chase worked to recruit and help elect Chamber endorsed candidates for the Indiana House and Senate as well as drive the Chamber’s legislative grassroots activity.

A native of Muncie, Indiana, Chase graduated with high distinction from Indiana University’s School of Public and Environmental Affairs (SPEA) earning a degree in public affairs with a concentration in policy analysis. In addition to the Chamber, his past experiences include work for Indiana Congressman Mike Pence as well as two congressional campaigns in Colorado including the 2006 campaign of Colorado Congressman Scott Tipton. Chase is a 2008 graduate of the Indiana Leadership Forum.

Chase, his wife, Gloria, and son, Graham, live in Indianapolis. They are parishioners at St. Monica Catholic Church.