Beekeepers convene in Indy…can solar power save the species?

INDIANAPOLIS — There was a loud buzz over bees in Indiana this weekend, as more than 1,200 beekeepers gathered in Indianapolis to learn the latest ways to protect them.

Co-chair of Indiana Bee School 2020 Debbie Seib said beekeepers are key defenders of honey bees, whose population has declined by nearly 50% over the past half-century. She explained that along with other pollinators, bees support our food system by pollinating fruits and flowers.

“A lot of our trees get pollinated by bees as well,” Seib said. “The pollination, the flowers, the buckwheat, things like that that help with the soil and conservation, all of those things work together with bees and beekeeping.” 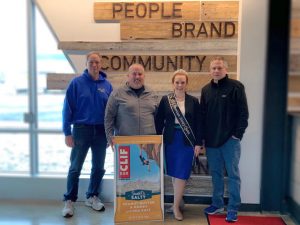 Habitat loss is partly to blame for the decline. And one innovative concept to address the problem is being discussed among beekeepers and researchers: pollinator-friendly solar power. Ground-mounted solar arrays are being constructed in several states that allow the landscape to flourish, which in turn benefits bee populations.

“You’re saving money because, in the long run, it’s less maintenance. You don’t have to mow as often,” Harpur said. “The pollinator patch, if you’re going right under the solar panel, actually reduces the heat on the underside of the panel and therefore increases the efficiency. You’re actually getting more energy out of the panel in the long run.”

The food company Clif Bar, which donated snacks for Saturday’s Bee School, created a large pollinator solar farm to power one of its bakeries. Rob Davis, director at the nonprofit Fresh Energy, assisted with the project.

“They love the idea of stacking the benefits of solar energy by ensuring that the land under and around the panels is planted to establish acres of flowering meadows,” Davis said. “As well as, they’re interested in making sure that the clean energy they’re creating has positive benefits for agriculture and ecosystems.”