Bloomington (IN) Hopes to Increase Solar Capacity by 5 MW 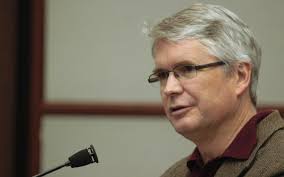 (BLOOMINGTON) - On Monday, Bloomington Mayor Hamilton launched the City's most ambitious solar measures to date as he challenged the City to increase its solar capacity by five megawatts and encouraged the public with a one megawatt goal.

"Today, I'm proud to announce aggressive measures that the City of Bloomington will be taking over the next five months to expand our solar footprint, and to encourage others to follow suit," Mayor Hamilton stated. "The people and institutions of our city spent ten years installing one megawatt of solar power. I'm challenging our city to add five megawatts of power by the end of this year, and I'm asking the public to generate one more megawatt."

The addition of five megawatts would increase the City's solar capacity by sevenfold to produce 14% of the government's electricity use and over 9% of the City's overall energy consumption, numbers that will likely increase upon the completion of efficiency projects currently underway.

The mayor addressed Senate Bill 309, a bill that removed a major incentive to going solar by drastically limiting net metering, which allows solar homes to sell their excess electricity back to the grid for their neighbors to use, and to earn retail rates as credit. Signed on July 1, the bill grandfathers in solar systems existing as of December 31, 2017 so that owners continue to receive the same incentives and economic value for 30 years. "With the December 31st deadline imposed by the state, we are in a race to solarize Bloomington," the mayor stated. "The City is just like a resident. We have until December 31st to be locked into those better rates, which gives us a challenge: how much solar can we install in the next 5 months?" The mayor directed City government to pursue 5 megawatts in new capacity at 29 buildings and locations.

Beyond all the solar installations on City facilities, the mayor also encourages households to do more. In order to acquire as much solar as possible prior to the December 31 deadline, Phase Two of Solarize Bloomington reaches out to residents in the whole region. To date in Phase Two, 140 households have expressed interest in the project, and over 100 residents have attended the first two informational sessions.

The City launched the initial phase of Solarize Bloomington in January by reaching out to encourage Monroe County residents to consider rooftop solar. The City offered training and wholesale pricing on solar panels as part of its acquisition program, and nearly 100 households installed solar systems thanks to Phase One initiatives. "Thus far, over 600 kilowatts of solar energy have been installed. I'm hoping that we can grow that to 1 megawatt by the end of the year," the mayor said.