Controversial legislation not as it appears, CAC calls for IURC to step in

INDIANAPOLIS – Today, Citizens Action Coalition released a legal analysis of the controversial, anti-solar bill SB309 authored by Senator Brandt Hershman (R-Buck Creek).  Jennifer Washburn, Counsel for CAC, authored the memo, which raises significant concerns over the language of the bill and the claims made by proponents of the legislation. 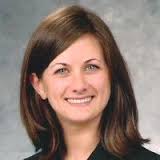 “In addition to the seemingly undesirable policy outcomes, several components of the bill suffer from legal infirmities that will likely result in extended litigation, chilling the marketplace and bringing uncertainty to customers and those in the industry,” Ms. Washburn writes in the introduction.

Among others, Ms. Washburn identifies the following concerns and issues with respect to SB309:

These issues when combined with other provisions in the bill “create the same legal and financing uncertainties for the industry, leading to higher costs for Indiana customers. The net effect could be that investment flows to other states,” said Ms. Washburn.

“SB309 has many problems and is likely to produce prolonged litigation.  It is my recommendation that CAC continues to work against this bill or to work on an amendment that would ask the Commission to decide these highly technical and complex issues, particularly as it relates to the pricing and ratemaking provisions.”

The full analysis is available upon request or can be found at:  http://www.citact.org/sites/default/files/309%20Legal%20Analysis--3-26-17-FINAL.pdf