CEN: Competition, Not Mandates, Will Secure our Energy Future 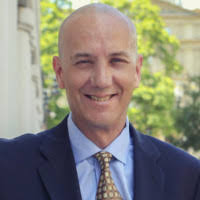 Mark Pischea is the President & CEO of the Conservative Energy Network.

While our country is in the clutches of a pandemic, recovering from an economic downturn and heading into a presidential election, it might not seem like the time to discuss clean energy. But innovation in the way we generate, sell, and consume energy has a profound impact on our economy, grid security, and even our political boundaries.

Public opinion polling consistently demonstrates overwhelming support for clean energy. There’s no question that clean energy is our future (and increasingly our present). But there is disagreement over how to achieve our future energy economy.

Until a few years ago, policy discussions around renewable energy focused almost exclusively on heavy-handed government mandates and anti-competitive standards, with the goal to make our energy output greener, often at the cost of the economy and ratepayers themselves.

Just look at the California experiment, where state leaders sought to force renewable energy development in the context of an outdated vertically integrated monopoly utility model—and which has led to exorbitant costs for its residents, brown outs and reliability crises, with little progress on emissions reductions.

Now compare that to the Texas model, which has instead focused on organic growth of the renewable energy sector through competitive markets. Texas, a red state once known only as an oil giant, is now one of the leading producers of wind energy in the nation—generating more than most countries.

The Conservative Energy Network (CEN) believes that the best approach to advance our nation’s clean energy economy is to reduce barriers to market access for new technologies and companies who are innovative and responsive to shifting consumer demands.

Voters, even conservatives, agree. According to a November 2019 survey conducted by Public Opinion Strategies for CEN, 70% of voters across the political spectrum prefer an approach that emphasizes markets and private clean energy production rather than “government mandates and quotas.” Further, 79% support a new system for purchasing electricity that allows people to have a choice of where and what kind of electricity to buy.

Texas’ competition-based energy market’s performance is outpacing the nation, and can be seen as an ideal model for the strength of a free-market energy economy. This type of marketplace allows clean energy to be part of the solution, and for market forces to determine the best price and generation type, in contrast to overbearing, special interest driven-mandates that could drive up prices and leave some locations with an energy shortfall.

Clean energy and competition go hand in hand. The emergence and rising prominence of the clean energy sector represents a boon for the country, helping to create jobs and spur a robust competitive generation marketplace that benefits individual ratepayers and businesses, while unleashing the power of innovation to update and modernize our aging grid to make it safer from both internal and external threats.

This is especially relevant given our current economic situation. Prior to the COVID-19 pandemic, the clean energy sector was among the fastest growing industry segments in the United States, employing over 3.4 million Americans from all 50 states across the supply chain—from construction and manufacturing to engineering, research and development, installation, and even environmental science.

The economic benefits of this robust sector are felt not only in industrialized regions and urban centers. Increasingly rural and agricultural America is taking a keen interest in renewables, which are helping to inject local jobs, investment, and tax revenue into struggling communities. Farmers are even installing solar and wind farms on their land, using these technologies as a second “cash crop” to diversify their income when yields are down.

Recent academic research commissioned by CEN state teams in Indiana, Colorado and Texas has shown that clean energy is a prominent and popular economic driver in rural regions—and it should be part of both an immediate economic recovery plan and long-term sustainability. Eschewing our antiquated monopoly utility system in favor of market-driven competition will take us there.

As more consumers demand clean energy, it’s up to markets to respond. However, without policy solutions that advance real competition, and until our state and federal leaders reach consensus to replace our nation’s outdated and costly monopoly utility system, any progress is fleeting—and ratepayers will be stuck with the fallout.

We’re at a turning point in our country. We will reach an enduring solution to our energy future when policymakers on both sides of the aisle recognize the inevitable benefits of transitioning toward competitive energy markets. Electricity competition will encourage innovation and technology development, keep rates low and stable, maintain service reliability, lower emissions, and allow our economy to thrive.

Ultimately, we strongly believe that it’s on state policy supporting greater competition—rather than monopolies—where bi-partisan solutions will be found.