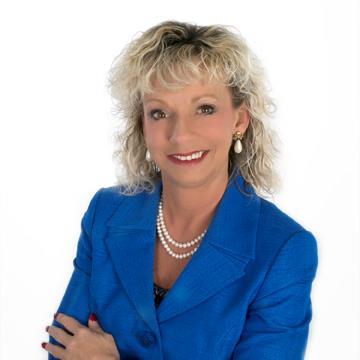 As a lifelong conservative who believes in free-market principles, I believe that the giant electric monopolies deserve competition and consumers deserve choice. We need to set aside our old way of thinking and invest in the new, innovative technology of low-cost, clean energy and diversify our nation’s energy portfolio.

To that end, I co-founded the Green Tea Coalition in 2013 , along with activists from the Sierra Club and other environmental groups and we began to advocate for solar energy in Georgia. Green Tea Coalition unites activists from the left and right to advocate for sound energy policy that provides choice for the consumer and adds more cost effective, clean energy into our nation’s energy mix. Conservatives and progressives don’t agree on climate change or the importance of fossil fuel, but we do agree we want a clean environment and energy freedom for future generations of Americans.

Because of the innovative thinking of Georgia’s Public Service Commission, led by Bubba McDonald, Georgia ranked No. 1 in the nation this past quarter in creating 2,800 clean-energy jobs and is one of the fastest-growing states taking advantage of solar energy. Due to an effort led by state Rep. Michael Dudgeon and with assistance from state Rep. Don Parsons, the Georgia Legislature just passed a third-party solar leasing bill with unanimous support from both parties and Georgia Power.

Georgia is showing the nation that the left and right can set aside political differences and work together to provide a clean energy choice for consumers that satisfies the free market principles of the right and the clean energy demands of the left. With the passage of the solar leasing bill, you can expect the solar industry to add even more good-paying jobs. Georgia Power recently announced it’s getting into the rooftop solar business and will be offering solar leasing plans to their customers.

There is still work to be done in Georgia to advance solar choice for Georgians. Next on the horizon is to remove the hurdles that some electric co-ops have in place to discourage solar use. These hurdles include unjustified fees and charges and long interconnection delays. We strongly believe the free market should be given a chance to work without hurdles and unfair competition.

In 2014, I founded Conservatives for Energy Freedom to provide a much-needed national conservative voice that advocates for energy choice and to convince conservatives to join the free market energy revolution. Presently, I am active in 10 states.

One of my biggest projects is a free-market solar project in Florida. There, conservative groups, environmental groups, the Florida Retail Federation and the Florida Restaurant and Hospitality Group have united in a desire to advance third-party sales and leasing of solar. We formed Floridians for Solar Choice in January and have a free market solar choice ballot amendment which we hope will be on the general election ballot in 2016. Our amendment would remove barriers and allow Floridians to have the right to lease solar panels and purchase solar power from third parties. If voters approve it, Floridians would have the right to harvest Florida’s biggest natural resource, the sunlight, and sell excess solar power generated to their neighbors for a profit.

Recent polling conducted by a Republican polling firm, North Star Opinion Research, showed that 82 percent of Florida voters support our ballot amendment. Even more surprising is the fact that 65 percent of tea party-leaning voters supported it. This truly shows solar is no longer just for “tree huggers” and proves that conservatives are embracing solar as an option for free-market choice.

Debbie Dooley is president of Conservatives for Energy Freedom.