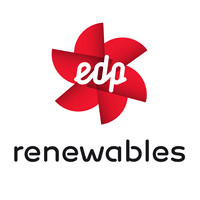 One of the biggest names in technology is turning to Randolph County for some of its alternative energy supply. Texas-based EDP Renewables North America LLC has inked a 139-megawatt, 15-year power purchase agreement with Facebook. The energy will come from the company’s Headwaters II Wind Farm in the eastern Indiana community.

Project Manager Paul Cummings says construction on the $300 million wind farm is set to begin next year, likely in the third quarter, in hopes of having it up and running in 2020. The 200-megawatt farm will span around 17,000 acres and include about 50 turbines.

Cummings says, while Indiana has “reasonably good wind,” the community has been key to the decision to continue to invest in Randolph County.

“The people of Randolph County and the local government officials there, economic development, all those people have been extremely welcoming,” says Cummings. “Landowners have been very easy to work with. We signed those 17,000 acres up in less than a year.”

The installation reflects a growing trend: companies, not just utilities, entering into power purchase agreements. While it’s not just tech companies taking part, Cummings says they have led the way, adding Amazon, Apple and Microsoft have all entered into similar deals. Some of the energy from the Headwaters II Wind Farm will help power Facebook’s data center near Columbus, Ohio.

“Facebook is committed to finding new renewable energy projects on the same power grid for all of our facilities,” said Facebook Director of Global Energy Bobby Hollis in a news release.  “We’re excited to partner with EDP Renewables to help us meet our sustainability goals in the region.”

Cummings says Facebook’s agreement is for no small amount of energy.

On top of the environmental benefits of tapping into alternative energy, this type of agreement can provide savings for companies. Cummings says it gives them a known cost for a portion of their energy, so if prices increase, they are locked into a set price.

The Headwaters II Wind Farm is just the latest green investment from EDP Renewables in the state. Earlier this year, the company announced a partnership with Bloomington-based Hoosier Energy Rural Electric Cooperative Inc. on what it says will be the largest solar array in the state. Cummings says the 200-megawatt Riverstart Solar Park, also in Randolph County, is expected to begin operation in 2022.

“It’s just a testament to the grid and the folks in Randolph County that we were able to secure two large projects in that area.”