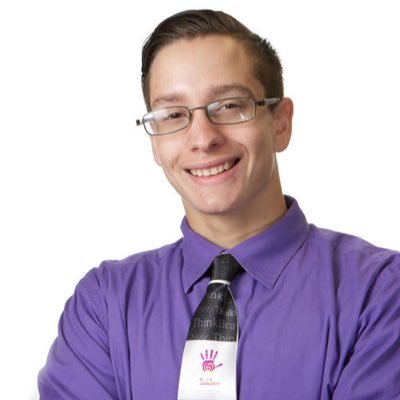 Across the country, young Republican leaders like myself recognize that failing to take action to curb carbon emission could hurt both the future of the planet and the Republican Party. We’ve spoken out that being a Republican shouldn’t mean having to choose between being a conservative and supporting climate-smart policies — and we’re not alone in this belief. A poll released in July by Citizens for Responsible Energy Solutions and American Conservation Coalition found 67 percent of millennial Republican voters believe the party should do more on climate change.

Thankfully, Sen. Mike Braun won’t need any convincing and is already leading the charge on an issue that’s a win-win for Republicans and the planet.

That’s why it was not surprising — but nevertheless, heartening — to see him continue to build on this legacy by recently introducing the Growing Climate Change Solution Act, a bill to make it easier for farmers, ranchers and foresters to sell credits on the voluntary carbon credit market that they can earn by reducing greenhouse gas emissions or sequestering carbon on their land.

It’s been estimated that a typical production farm could sequester about a ton of carbon dioxide per acre and current conditions on the voluntary market support about $15 per ton of carbon dioxide sequestered or avoided. It is solutions like these that will help support a thriving agricultural sector while reducing carbon emissions and mitigating the impact of climate change.

Sen. Braun should be applauded for his efforts and now, more than ever, his commitment to climate action is needed in the face of the public health crisis. Indiana’s clean energy economy has experienced significant setbacks over the past several months as business closures and layoffs related to the COVID-19 pandemic have taken their toll. Despite some gains in June, in Indiana, more than 12,000 clean energy workers have lost their jobs since March, mirroring a national trend that has seen our country’s clean energy workforce of 3.3 million workers reduced by more than half a million, a 15% decline since the onset of the pandemic.

America’s clean energy workers make up 40% of the energy workforce in our country. As Congress considers new strategies for rebuilding a post-pandemic economy, we can’t afford to leave Indiana’s clean energy workers out of the conversation. Sen. Braun recognizes that climate action is a win-win for the future of Indiana, the Republican Party and our planet — hopefully his colleagues in the Senate will join him.