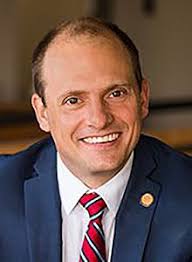 In most states, it's legal for property owners to sell home-generated solar power to others, including tenants. This is usually called a "power-purchase agreement" — your landlord, for example, might put some solar panels on top of your apartment building and charge a dirt-cheap rate to buy power from her or him, instead of from the local power company.

But thanks to a state law that favors the state's ultrapowerful energy oligopoly, Florida remains one of the last four states where this sort of relationship is basically illegal. According to state Statute 366.02, almost anyone who sells power in Florida is considered a "public utility" and subject to the same rules as a major, multibillion-dollar energy conglomerate.

State Senator Jose Javier Rodriguez on Thursday filed a bill that would, if enacted, finally legalize power-purchase agreements across Florida — it would exempt "a property owner who owns and operates a renewable energy source device... with a capacity of up to 2.5 megawatts on his or her property and who produces and provides or sells renewable energy from that device to users located on the property" from the state's public utility laws.

The bill does not legalize full-scale solar leasing from companies, which also remains illegal in Florida. Instead landlords would need to fully "own and operate" their own solar-panel rigs.

"Florida is far behind its potential when it comes to solar energy and for some time now, the main reason for that is politics," Rodriguez messaged New Times. "Simply put, the big utilities use their political muscle to maintain outdated monopolies."

Despite the United Nations saying the globe needs to hit zero total carbon emissions by the year 2050, Rodriguez's bill keeps failing in Tallahassee: He filed slightly different versions during the 2017 and 2018 legislative sessions. Both bills died in committee.

It's not exactly a secret why: Florida's regulated energy monopolies — Tampa Electric, Duke Energy, and Florida Power and Light (which just bought Florida's fourth major company, Gulf Power) — clearly see increased home-solar adoption as a threat to their business models. Power-purchasing agreements were infamously at the heart of 2016's battle over Amendment 1, the fraudulent amendment that the state energy monopolies designed to trick voters into giving away some of their rights to home-installed solar panels.

That fight began because an actual grassroots group, Floridians for Solar Choice, was trying to get signatures for a petition that would have legalized power-purchasing agreements. Then a second group, called Consumers for Smart Solar, magically showed up and began canvassing for a different, allegedly pro-solar amendment. But Consumers for Smart Solar was actually funded by power companies. Sal Nuzzo, a vice president of the James Madison Institute in Tallahassee, was reportedly caught on tape admitting the measure was "an incredibly savvy maneuver”designed to "completely negate" solar-energy proponents' efforts. That measure failed.

But since then, efforts to increase local access to solar panels in Florida have also seemingly stalled. In 2014, Floridians for Solar Choice released a white-paper describing how Florida's energy laws are designed to keep home-installed solar panels as expensive as possible. The group wrote that state law Section 366.02 needs to be rewritten or abolished:

At present, according to Section 366.02, Florida Statutes, any private entity selling electricity in Florida is considered to be a “public utility” subject to regulation by the Florida Public Service Commission. In practice, this prevents the use of power purchase agreements (PPAs), a financing strategy used in many other states. Under a PPA, a developer installs a solar PV system on a property and sells the electricity generated by the system to the property owner. This sale generally takes the form of a long-term contract, which provides both the solar developer with a predictable income stream and the property owner with a fixed price for electricity. In many markets, this electricity price is lower than the retail rate of electricity offered by utilities, which provides a powerful financial incentive for participation

But at present Tallahassee appears to have no appetite for doing this. And Florida's energy monopolies have vastly increased the number of solar-energy farms they plan to build in coming years. (FPL is also developing its own "shared solar" program, reportedly set to launch in 2019.) Of course, the amount of solar power companies such as FPL plan to generate remains far lower than the power produced by carbon-emitting natural gas.

"The legislation I am again advocating for is aimed at increasing competition in the production and distribution of solar energy," Rodriguez says. "There is an extremely broad coalition in support of this, from the business community, to local governments, to of course environmental groups. The only opponents are big utilities."