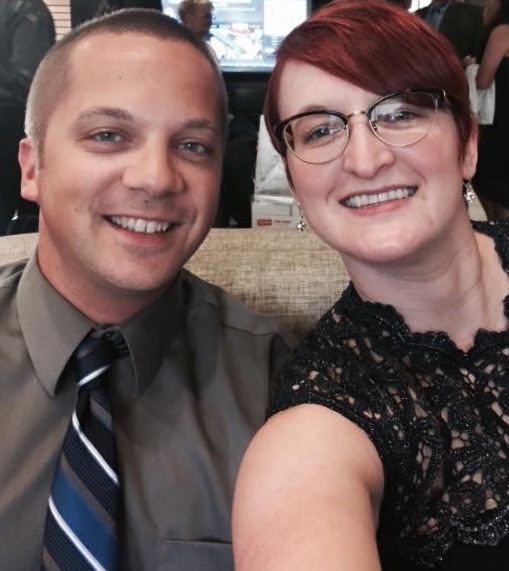 Hello, my name is Joey Myles and I am a resident of Franklin Township, Indianapolis.  In November 2016, my wife, Sarah, and I completed construction of a brand new custom home in a very nice, well-established neighborhood.  I am someone who cares deeply about the environment and who also loves to save money.  And this new home is going to be the forever home – we plan to live here for 30+ years.  Therefore, to me, one investment for the new home was an absolute no-brainer: solar panels.

We found a solar panel contractor and he designed for our roof a 42-panel system that, based off the electricity usage of our previous home, was estimated to generate 112% of our electricity needs!  After signing the contract and being approved for financing, on June 17, the contractor did the final step before installation: he sent the design to the neighborhood Homeowners’ Association (HOA) for approval.  I considered this to simply be a formality that would easily be approved and we would be on our merry way to saving money.  After all, the only guidance in the HOA covenants regarding solar panels states:

“Solar panel installation shall be allowed only when the location, type, and size have been approved by the Committee.”

That’s it.  For other items, such as landscaping, setbacks, square footage, and fences, the requirements in the covenants are lengthy and very detailed but for solar panels, no other restrictions apart from that one (1) sentence.  So again, I figured this would be easy.

I could not have been more wrong.

On July 14, after taking almost the entire 30-day review period, I received a letter from the HOA, dated July 13, stating:

“After much consideration, the…architectural control committee is confident the solar array, as submitted does not fit the aesthetic expectation of the community.  Key items of concern:

NOTE: Zero issue with solar power, per se, although it must be unobtrusive to any other homeowner in the community (i.e. ground-mounted in the backyard, invisible shingle-type cells, etc.”

As for the suggestion of invisible shingle-type cells:

For these reasons, and with the construction of the home already behind schedule at that point, the invisible shingle-type cells were not a feasible option.

After receiving the original denial on July 14, I gathered all the logic and rational thought I could muster at the time and pitched a 2nd request to the HOA.  I submitted the same solar panel design.  Key points I made in my 2nd request:

Regrettably, but not unexpectedly, on July 28, the HOA sent me a 2nd denial, this time a much lengthier denial:

“With no changes made to the original ACC request indicating any concern for the issues identified by the ACC, the committee’s decision remains as it did on 7/13. Inasmuch as the ACC has to deny homeowner requests from time to time, it’s not something taken lightly, and always done with the best interest of the entire community, including current as well as future homeowners, in mind. The ACC certainly respects your wish to utilize solar power, and has zero concerns about solar power in general, as long as the design of the system does not impact the overall view/expectation of anyone in the community.  The ACC is confident that the resulting look of the roof of the home, as submitted, does not fit the aesthetic expectation of the community, as the solar array would be visible from the front and sides of the home. The ACC is responsible for protecting the aesthetics of the community as well maintaining a consistent level of aesthetic perspective throughout the community, sometimes at the expense of a single homeowners wishes.

As noted in the initial ACC response, if you’re genuinely interested in utilizing solar power, there are other ways of accomplishing that goal that don’t include forcing an industrial-looking roofline on the rest of the community. Other high-end communities, even the one that your contractor provided to us as an example of an approval, have concerns with the panels being viewed from the street, limiting installations to the back of the house or backyard. Every ACC review, especially one that has the potential to be precedent setting, has to take into account the expectations of the entire community, and the impact any decision might have on future requests. The ACC must maintain consistency to the guidelines for the sake of all current residents, as well as for any future who may consider purchasing a house in the community.

In this respect, as in the example shown below, roof mounted solar panels, visible from the street (which would be clearly visible to neighbors), do not fit the expectations of the community.

If you intend on pursuing solar power, please make certain the plan you submit make won’t have any impact on any of your neighbors. The installation must be discreet, so that your neighbors (current and future) don’t end up with a view that is inconsistent with the aesthetic of the community.

Did you catch that?  The word “aesthetic” was used 5 times in the second letter.  The HOA’s whole basis for denying, as was done in the first letter, was simply aesthetics.  A subjective view on how my solar panels will affect the beauty of the neighborhood.

Give me a break.  I am not asking for a chain-link fence.  I am not putting a chicken coop in my backyard.  I am not building a barn or even a moat on my property.  One could make an argument that those items may affect the aesthetics of this particular neighborhood.  However, I am asking to install a not-so-revolutionary concept called solar panels.  They will be flat against my roof, be visually appealing, and hopefully encourage others to follow suit.

Realizing I was not going to win the battle with the HOA to put the panels on the south side of my roof, on August 12, I reluctantly asked my solar panel contractor to draw up plans for the north side of my roof.  I figured some efficiency is better than no efficiency. He did and on August 16, I submitted a third proposal to the HOA.  The proposal this time was for 29 north-facing panels – 23 on the tallest part of my roof and 6 on a section above a patio.  Again, using our previous home as a baseline, these 29 panels were estimated to produce 41% of our electricity needs.  (You’ll recall that the 42 south-facing panels were estimated to produce 112%).

And after another wait of 30 days, on September 15, I received a conditional approval from the HOA to install the panels on the north side of my roof.  While I was excited to finally get a win, my excitement was tempered due to 1 of the conditions in the approval:

“All panels are mounted on sections of the roof not visible from the street(s) abutting your lot.”

Okay.  Let’s stop, take a breath, and point out the obvious:

If this is the HOA’s “guidance,” why is this not in the all-mighty covenants???  Is the HOA making up the rules as it goes along?  And why is the HOA waiting until someone actually requests to install solar panels to issue useful guidance?

After receiving the e-mail response to the condition, I immediately saved that e-mail and guarded it with my life because it was the only thing I had to show that my request, as submitted, was perfectly acceptable.  Finally, I could breathe a sigh of relief knowing I could put my panels up, even though not in the desired location.

With the new “guidance” (I quote that word loosely for effect) from the HOA, I found a spot on the west side of my roof that could fit some more panels and would not have street view from within the boundaries of my lot.  My contractor drew a design for 4 west-facing panels and on October 5, I submitted this to the HOA for review, noting in my request that the same conditions received in the September 15 approval would be met.  After a 30+ day wait, on November 7, I received a letter from the HOA approving the request.  So I now had absolute approval to install 33 solar panels (29 north and 4 west) on my roof.  The 33 panels were estimated to produce 48% of our electricity needs, still way less than the original 112%.

While I am now producing solar power on my home, albeit in a less than ideal spot, the story (and fight with the HOA) does not end and that is why I am writing this letter.

On July 15, the day after receiving the first denial from the HOA, some very nice people on Facebook put me in touch with Laura Arnold, President of the Indiana Distributed Energy Alliance.  Laura is trying to get the Indiana state law changed, similar to what was done in Texas, to prevent HOAs from being able to restrict the location of rooftop solar panels on residences.  The Texas law states that HOAs cannot force you to move your solar panels to a location that would cause more than a 10% decrease in efficiency.  My HOA has clearly done that.

A change in Indiana state law is the only way to fix this problem.

To be clear, this affects many other states as well, not just Indiana.  And while HOAs do serve a purpose, dictating where customers put solar panels on their home is not one of them.  I urge the Indiana state legislature in the strongest terms possible: do the right thing and remove the HOA restriction on rooftop solar panels.  And when you do, I will happily pay the labor cost to my contractor to put my 33 existing panels, plus 9 additional panels, on the south part of my roof so that I may reap years of benefits of 42 south-facing solar panels.

Read a copy of the Texas Solar Rights Law:

Use this form below to join our campaign to fix the HOA solar problem in Indiana.