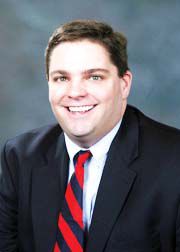 SPRINGFIELD -- It remains unclear whether the Illinois General Assembly will act before the scheduled end of its spring session on legislation that Exelon Corp. says is essential to the future of its financially struggling nuclear power plants in Clinton and near the Quad Cities.

Near the end of a committee hearing Thursday that lasted more than three hours, Democratic Sen. Mattie Hunter of Chicago, chairwoman of the Senate Energy and Public Utilities Committee won’t be coming to the Senate floor for a vote anytime soon.

Exelon has said that it will shut down the Clinton Power Station next year “if adequate legislation is not passed that properly values nuclear power for its economic, environmental and reliability benefits during the spring Illinois legislative session scheduled to end May 31.”

Among many other changes, Exelon’s “Next Generation Power Plan” would extend state subsidies similar to those granted to the wind and solar energy industries to nuclear power, which the company says is warranted because, like those power sources, nuclear doesn’t generate carbon emissions.

But Hunter said there are still ongoing discussions among the company, environmental and consumer groups, and other interested parties that must continue before the legislation is ready for a vote.

“It appears our committee is split,” Hunter said. “I don’t know if we even have enough votes to get it passed anyway.”

While acknowledging that there’s no way to please everyone completely, she said there are signs that negotiations are moving in a positive direction.

Indeed, organizations that often oppose legislative proposals from Exelon and other utilities expressed partial support for the current proposal during Thursday’s hearing or said they’re engaged in discussions with Exleon.

David Kolata, executive director of the Citizens Utility Board, a consumer watchdog, said the current proposal “is significantly better than what you’ve seen before from (Commonwealth Edison) and Exelon, ComEd’s corporate parent.

The organization has estimated that 60 percent of ComEd customers would see savings under new rate structures the bill would introduce, Kolata said.

He said one issue that remains is fixing problems with the state’s renewable portfolio standard, which currently calls for 25 percent of Illinois’ energy to come from renewable sources by 2025

Jack Darin, director of the Illinois chapter of the Sierra Club, said his group likewise is at the table with Exleon.

“We are working through those issues,” he said. “We have made some important progress.”

Many of their concerns center on the impact the legislation would have on utility customers.

“We think this is a terrible proposal,” said Abe Scarr, director of the Illinois Public Interest Research Group.

Of particular concern to these groups is a proposal to shift from charging customers for energy distribution by the kilowatt-hour to imposing a “demand charge,” which would be assessed based on each customer’s peak usage during the month. Opponents say this could result in wide month-to-month variations in power bills.

“It’s designed to ensure profits and more consistent profits for ComEd and Exelon and not the public policy goals that our state should be pursuing,” Scarr said.

For many in Clinton and the Quad Cities, the issue comes down to jobs and local property tax revenue.

Clinton City Administrator Tim Followell testified that the plant accounts for half of the city’s property tax collections.

Sen. Chapin Rose, R-Mahomet, who represents the plant, issued a statement during the hearing noting that it also provides $7.6 million in tax revenue to the Clinton School District and $1 million to Richland Community College in Decatur.

Sen. Donne Trotter, D-Chicago, the bill’s sponsor, said it is a work in progress and discussions will continue.