Here’s Which States Are Best For Owning An Electric Car; How does Indiana rank? 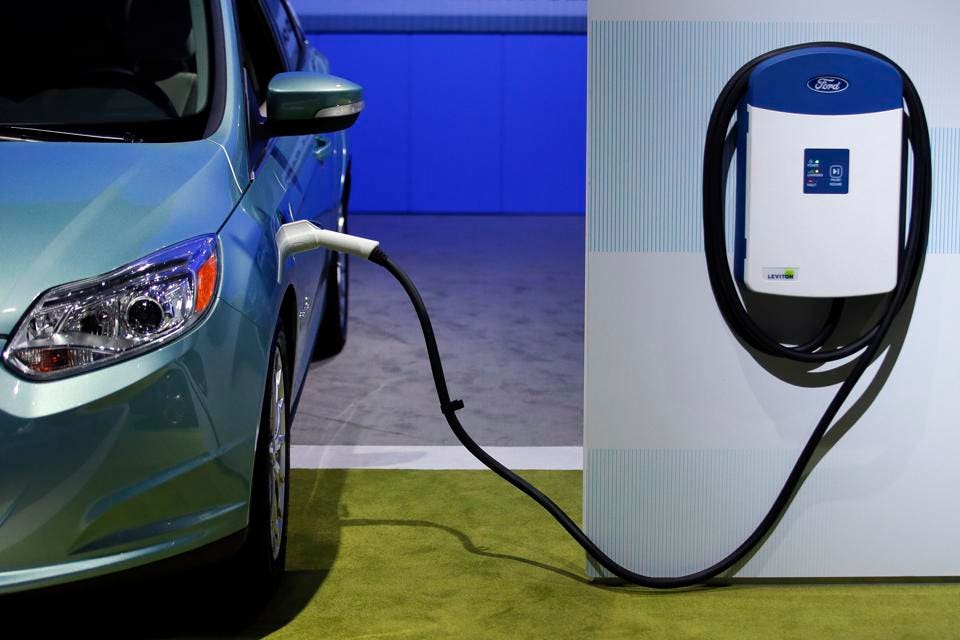 Here's Which States Are Best For Owning An Electric Car

Both mainstream and upstart automakers are planning to debut no fewer than 100 electrified vehicles in the U.S. by 2022. The question is whether the nation is equipped to handle them, especially with regard to public charging stations.

Of course, the easiest way to keep an electric vehicle or plug-in hybrid charged is to accomplish it at home, but this assumes one has access to a garage with electrical service. Even better would be to have a 240-volt line and a dedicated “Level 2” charger installed. It’s not cheap, but it cuts the charging time in about half.

Still, that tends to leave out city dwellers and others who either park on the street or in an apartment building garage. That’s why transportation experts agree that a well-entrenched network of public charging stations is critical to the future success of electrified rides.

As of this writing, there’s around 20,000 EV charging stations operating in the U.S., with many sites having multiple charging units. They’re typically installed in public parking garages, retail parking lots, at new-car dealerships, and even on some urban street corners. Some offer “Level 3” charging, which is also called DC fast charging. This is the quickest system of all, being able to bring a given EV’s battery up to 80% of its capacity in just 30 minutes.

With 400,000 EVs having been sold in California over the past decade, it should come as no surprise that the Golden State is home to the highest number of charging stations at 4,978 units. It’s a large and heavily populated state, however, and that number translates into one charging station for every 7,942 residents. By comparison, while Vermont has just 165 open charging spots statewide, that comes to one station for only every 3,780 residents. That’s according to a recent study of the “friendliest” states for EV owners conducted by the website YourMechanic.com.

Here’s the 10 states the study determined have the highest ratio of charging stations to the general population:

The state having the lowest charger-to-population ratio is Alaska, with just nine EV charging stations situated within its borders. That translates into one EV outlet for every 82,199 Alaskans. That’s considerably higher than the next-lowest-ranked state, Mississippi, with 58 chargers and 51,450 residents theoretically sharing each of them.

Not coincidentally, the states having the most charging stations are also the states with the highest rate of EV ownership. Again, California leads the nation with EVs accounting for 5.02% of all vehicles sold during 2017, according to YourMechanic.com. With the most popular electric car there being the Tesla Model S, the state’s EV inventory includes a handful of so-called compliance cars that are offered only in California (and perhaps a couple of other like-minded states) to fulfill a requirement that major automakers sell at least one zero-emissions vehicle.

Again, not surprisingly, most of the states with the highest EV market shares offer special incentives on top of the federal tax credit of up to $7,500. Here's the richest in the nation:

Ironically, among the states in which low electricity rates make it inherently the cheapest to keep an electric vehicle charged, most have paltry EV penetration. Here’s YourMechanic.com’s list of the 10 states having the lowest refueling costs per “eGallon,” which represents the cost of driving an EV the same distance as one could on a gallon of gasoline:

You can read the full study, which also breaks down other aspects of EV ownership by state, here.

Here are some of the Tables from this study. Please note where Indiana ranks. 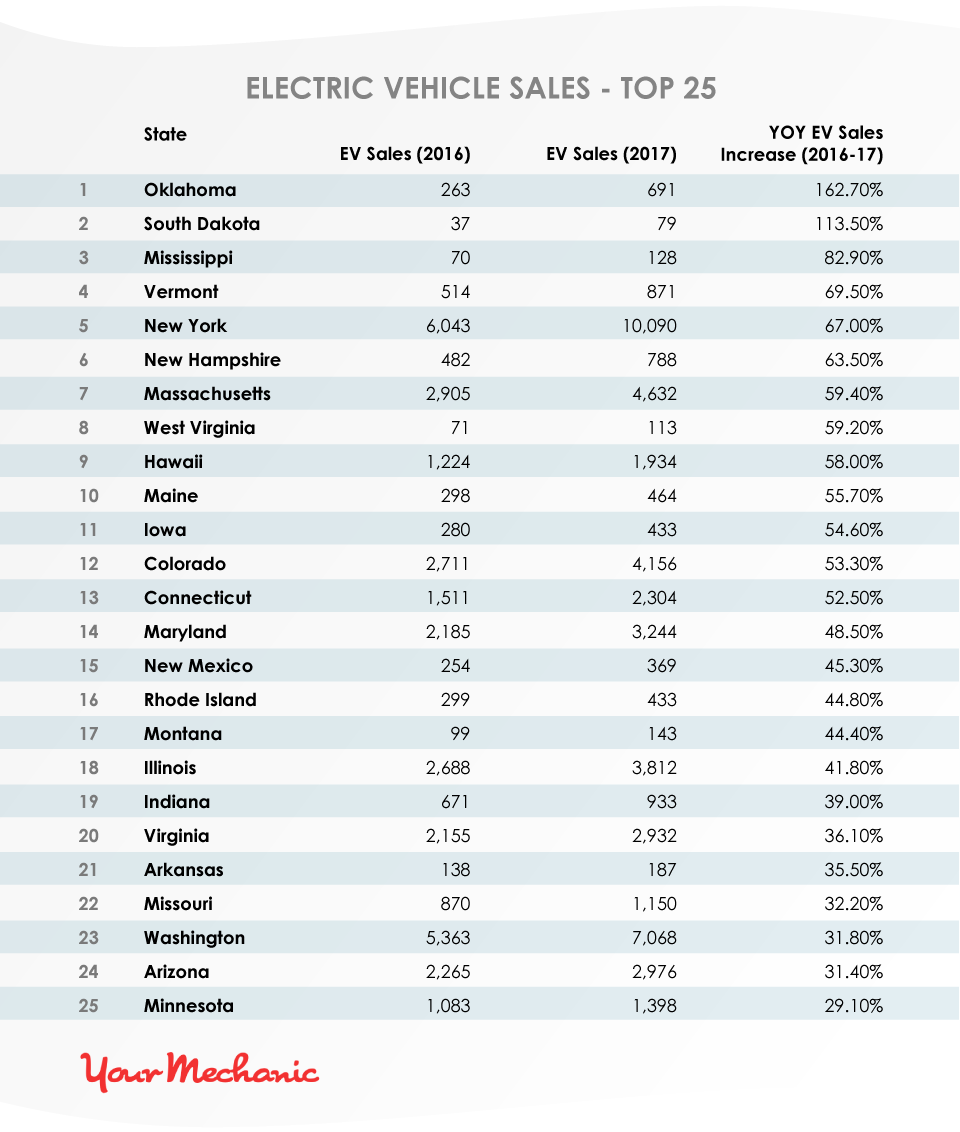 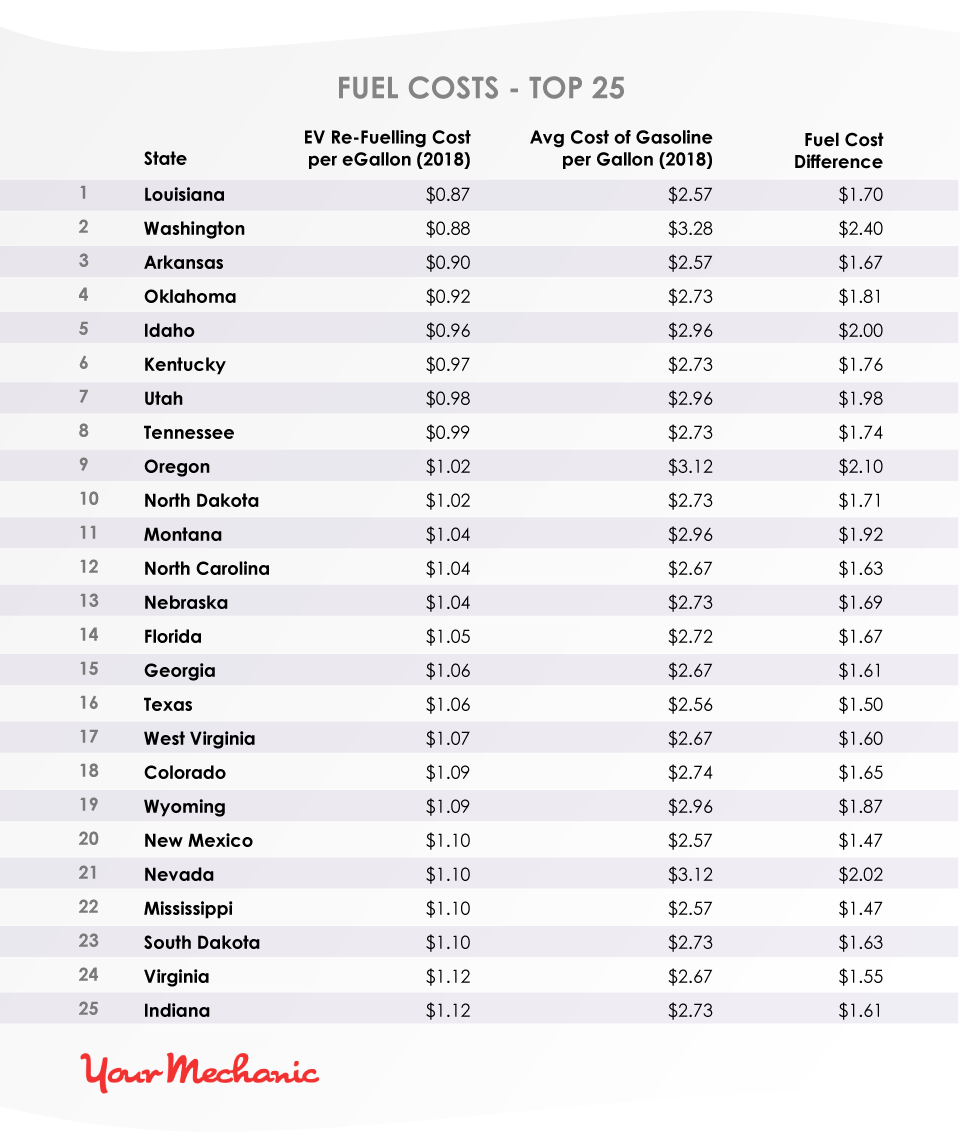 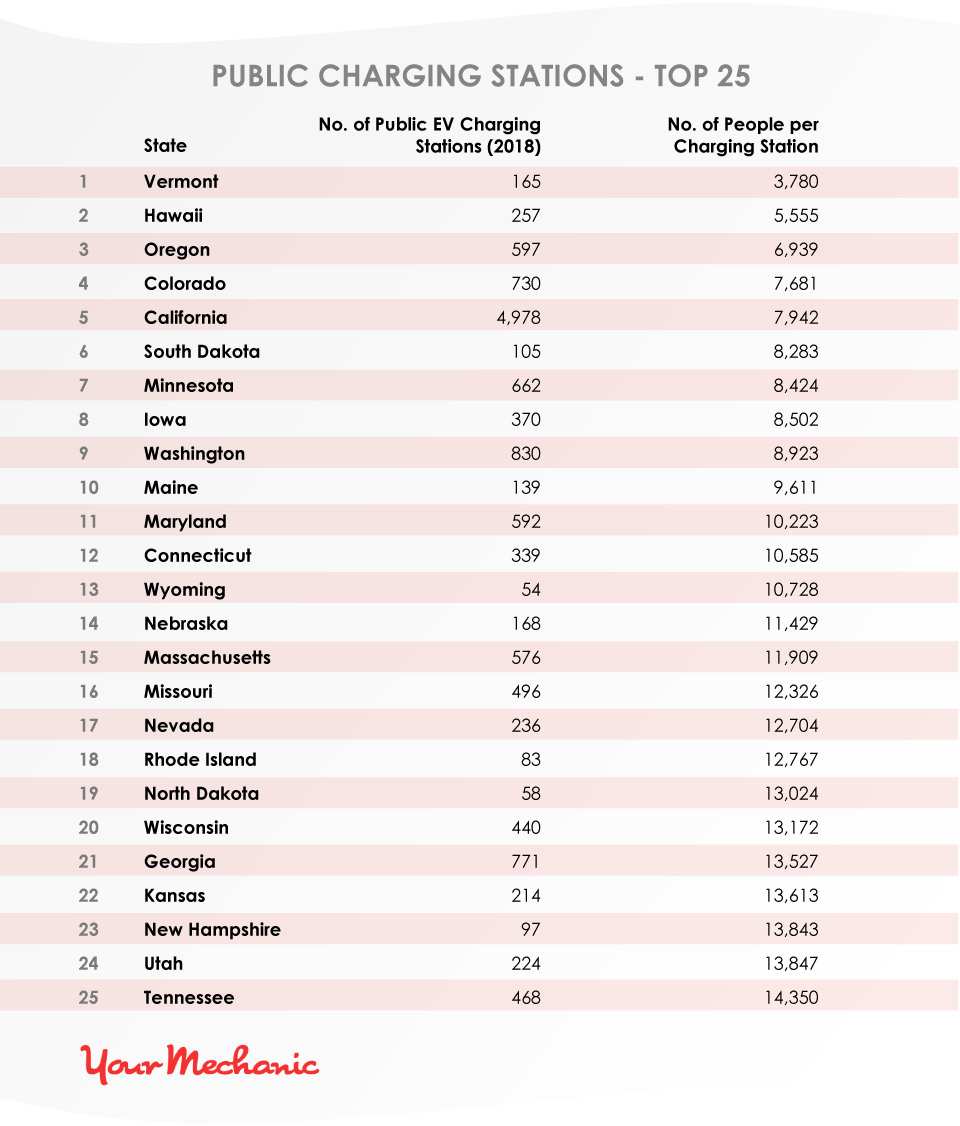