Hershman to Retire from Indiana Senate 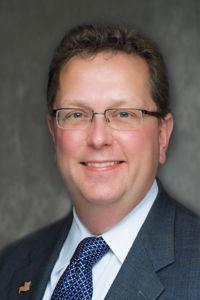 Hershman to Retire from Indiana Senate

STATEHOUSE (December 22, 2017) — State Sen. Brandt Hershman (R-Buck Creek) today announced he will be resigning his position on January 2, 2018, after 18 years of service in the Senate.

“I’m deeply grateful to the people of Senate District 7 for the chance to represent them at the Statehouse over the past 18 years,” Hershman said. “Throughout my tenure, I have focused on making sure Hoosiers are getting the best and most efficient government services for the smallest cost. It’s been a privilege to work alongside so many dedicated public servants to help enact meaningful conservative reforms that have made our state the fiscal envy of the nation. I am thankful for the opportunity to serve, and am honored to have been a part of the leadership team here at the Senate.”

“Brandt Hershman and I have been close friends since he arrived in the Indiana Senate in 2000,” Long said. “I was assigned by then Senate leadership to serve as his mentor, though it was immediately clear that he needed little tutoring. Brandt is one of the brightest, most accomplished individuals I’ve ever known. He is leaving the Senate with a record that few others in the history of the Indiana State Legislature can match. His legacy as a national leader on such state issues as tax reform, telecom reform, and as a strong and consistent advocate for the agricultural community speaks for itself. I will miss his wise counsel; his terrific sense of humor; his ability to speak effectively and persuasively on most any subject; but most of all, I will miss my friend. On behalf of his entire Senate family, I wish him the very best in his new endeavor.”

During his tenure, Hershman has focused on tax reform as well as many economic development efforts.

He also spearheaded efforts to cut income taxes for every working Hoosier, place caps on property taxes, repeal the inheritance tax, eliminate the business personal-property tax for half of all filers, reform property taxes for farmers, and cut taxes for corporate and financial institutions.

Hershman has also been a leader in crafting funding solutions for Indiana’s transportation infrastructure. The 2006 lease of the Indiana Toll Road fully funded the 10-year Major Moves road construction program, which received national and international recognition as the biggest building program in the nation – all without requiring a penny of new taxes or borrowing. Hershman also authored a bill in 2016 that redirected $430 million to local governments for road and bridge improvements across the state.

In 2015 and 2017, Hershman advanced a proposed balanced budget amendment to the Indiana Constitution, which will be eligible for Hoosier voters to consider on the 2018 general election ballot.

Following his retirement from the Senate, Hershman will be joining Barnes & Thornburg as a practicing attorney in the firm’s Washington D.C. office.