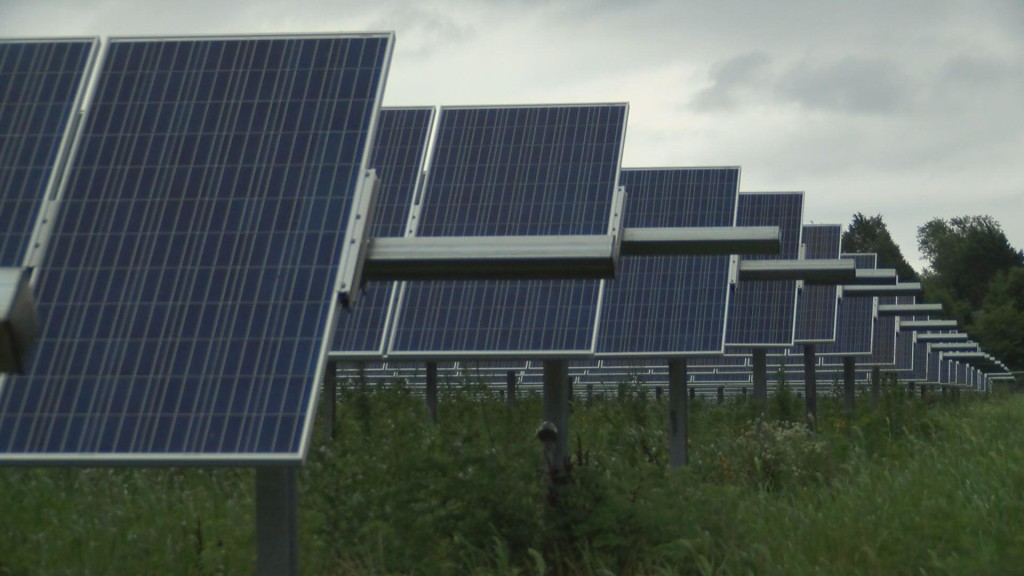 Hoosier Energy is the co-op behind the new solar field that will benefit people in both Jackson and Clark counties. (Source: WAVE 3 News)

Hoosier Energy is the co-op behind the new solar field that will benefit people in both Jackson and Clark counties.

Construction just began on the solar field which will be one of 10 the company has, including a completed field in nearby Lanesville.

Josh Cisney is a project developer in the renewable energy division of Hoosier Energy.

The field near Henryville will hold 4,100 solar panels.

"A few years ago the prices were rather high, but over the last few years solar prices have dropped significantly and we think it's the right time to take advantage of those,” Cisney said.

Dave Vince is the general manager of Clark County REMC and said renewable energy is what residents wanted after they sent out surveys.
"This is good for the environment,” Vince said. “This is good for the future and basically our members are asking us to do this."

The field will cost $2.5 million in total, but officials say it's good for wallets and education.

“We'll give tours to the schools so they can learn about renewable energy, about how it works and ow they can benefit from it,” Vince said.

Now, Hoosier Energy is about 5 percent renewable energy, but through solar or other means, they want to double that by 2025.

"We're always looking at ways to expand and grow our renewable portfolio, but we haven't determined what exact resource we would do that with,” Cisney said.

The project is expected to take three months to construct and will be completed on Oct. 7.