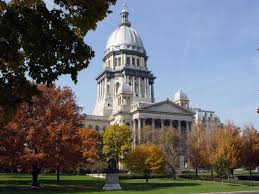 Illinois legislators are expected as early as today to introduce a long-awaited massive energy bill that would provide subsidies to keep nuclear plants and coal plants running, along with fixing the state’s Renewable Portfolio Standard, increasing energy efficiency investments and other measures.

For more than a year, Exelon has been pushing a bill mandating ratepayer supports— now pegged at up to $265 million — for two nuclear plants that the company says would close otherwise.

This bill, dubbed the Future Energy Jobs Bill, is an attempted collaboration between Exelon and other generators, utilities ComEd and Ameren Illinois, and environmental groups and the solar industry.

Negotiations between these stakeholders have been going on for many months, but people familiar with the negotiations say that the most controversial provision, which would keep downstate coal plants running, was just added recently.

The proposed FRAP, or Fixed Resource Adequacy Plan, would put the state in charge of determining capacity prices paid to generators, most notably two downstate coal plants owned by Dynegy. Under the proposed bill, these prices would likely be significantly higher than the capacity prices that would otherwise be paid through auctions run by the Midcontinent Independent System Operator (MISO).

There has been controversy in recent years over costs that ratepayers foot for capacity — a generator’s promise to be available to provide a certain amount of electricity if needed. Dynegy had previously sought — unsuccessfully — to move from MISO to the PJM regional transmission organization which covers northern Illinois, and which typically pays much higher capacity prices. Dynegy and Exelon had also both proposed changes to how MISO’s capacity auctions are carried out.

Leaders of environmental groups, the solar industry and other clean energy interests have reached compromises on a number of the contentious issues in the proposed bill, people familiar with the negotiations say. But they say that a provision to keep coal plants open could be a deal-breaker for environmental groups.

Meanwhile clean energy stakeholders are eager to pass an energy bill that includes the fix to the state’s Renewable Portfolio Standard (RPS), an arcane but crucial change in the structure of the policy that advocates say is necessary to spark new solar and wind construction in the state.

Previously, environmental and solar groups and businesses were backing a proposed Clean Jobs Bill which included the RPS fix. Exelon had previously introduced its own bill with nuclear supports while ComEd backed its own bill proposing new rate structures, microgrids and other provisions. ComEd and Exelon, its parent company, later merged their bills into one, called the Next Generation Energy Plan, in the spring.

A demand charge outlined in the Next Generation Energy Plan has been highly controversial among solar groups and consumer advocates, who say it would raise bills on some customers unfairly and chill the solar market. Changes to the demand charge proposal have reportedly been made during negotiations.

Provisions in the bill that could open windows for utilities to own some generation, in a state where that has been banned since deregulation, have also raised concerns.

Illinois’ legislative veto session runs this week for three days and then for three days the week after Thanksgiving. The state has still not passed a 2016 budget, as the Republican governor and Democratic legislature have been in a standoff. Passing a sprawling energy bill in the veto session may seem a long shot.

Though the bill still has not been introduced, Exelon has posted a website plugging the Future Energy Jobs Bill and asking residents to contact their legislators in support. The website touts doubled energy efficiency investments, a proposed measure that has pleased environmental leaders. The website also promises the creation of 4,200 jobs and a $1 billion commitment to programs for low-income customers.

IndianaDG understands a hearing on this bill is expected to be scheduled for tomorrow (11/16/16).