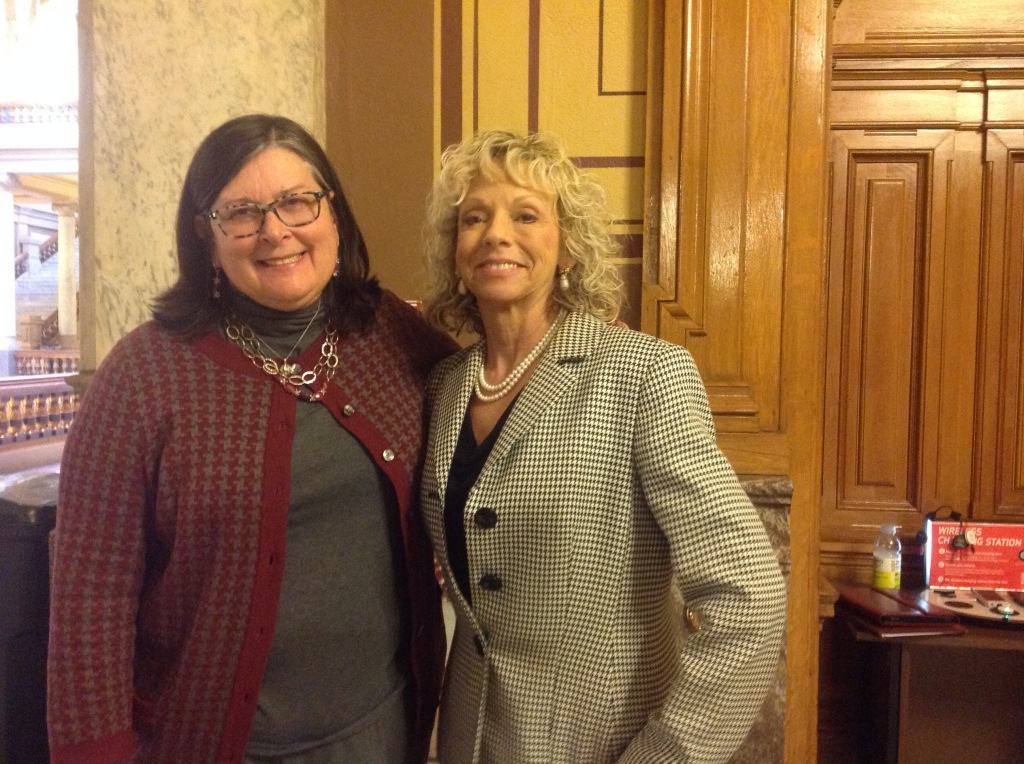 House Bill 1320, authored by Rep. Eric Koch, R-Bedford, would establish a fixed rate to be paid by all alternative energy users and would also lessen the value of the excess energy produced and sold back to power companies by consumers.

More than 100 Hoosiers – most in opposition to the bill – filled the committee room and an adjacent overflow space to testify and listen to discussion on the issue. The opponents included environmentals, business owners, the NAACP and tea party representatives.

“For the last 10 years of my career, I’ve been working hard to develop a solar energy market in southern Indiana,” said Brad Morton, an Evansville resident and owner of Morton Solar. “HB 1320 takes away any little bit of economic incentive for rooftop solar and puts it right into the pockets of the utility companies.”

Two hours prior to the meeting of the House Utilities, Energy and Telecommunications Committee, Koch submitted an amendment that would significantly change parts of the original legislation. He said the move was meant to “strike the right balance” and cater to both sides of the issue.

But Democrats and those opposing the bill expressed frustration that the amendment had been submitted so soon before the hearing because it did not allow those wishing to testify much time to review the changes, which the committee adopted immediately.

Currently, individuals using rooftop solar panels are connected to a grid operated by electric companies to supplement their energy on days solar power might not be available. But individuals also have the option to opt out of the grid connection.

Those using the grid pay power companies for the supplemental energy and are compensated a sum relatively close to retail value for any extra energy the solar panels produce and send back to the utility.

In some cases, the money paid for individually produced energy makes up and even exceeds the cost of the energy solar panel owners use from the grid.

The bill’s opponents are concerned electric companies will now be allowed to purchase the extra energy produced by rooftop solar panel owners at a wholesale price and sell it to non-solar customers at full retail value.

The legislation does provide existing rooftop solar owners, other alternative energy users, and those purchasing solar panels or other energy sources before Jan. 1 the ability to be grandfathered into the proposed law.

Indiana Energy Association President Mark Maassel said his organization supports the bill and that it “strikes the correct balance” in a way that is fair to all.

“This committee really does have the opportunity to set the stage for an exciting opportunity in renewable energy,” Maassel said.

Although several committee members expressed concern the bill still had a few kinks to be worked out, it passed as amended 9-4 and moves to the full House for consideration.

The Christian Coalition of Indiana and the Georgia-based Green Tea Coalition also took positions against bill.

Dooley, the Green Tea Coalition and Conservatives for Energy Freedom have engaged in similar battles in Florida and Wisconsin. She said the organizations operate on a shoestring, but she considers Indiana an important front.

Koch’s bill is an “attack on solar,” she said. “It’s an attack on the free market.”

Dooley, who was recently profiled in The New Yorker magazine, likes to remind reporters of her conservative credentials. She’s currently fighting a gas-tax increase in Georgia. “No one can say I’m not a right-wing radical,” she said.