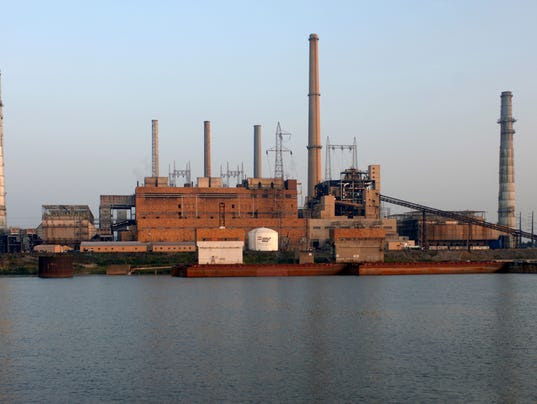 Indiana Michigan Power has agreed to sell the former Tanners Creek coal plant in Lawrenceburg to St. Louis-based Commercial Development Co. Inc., according to officials from the Ports of Indiana. The Enquirer reported in August that state officials honed in on the former coal plant as a new port site.

“There is no question the Lawrenceburg site and its existing infrastructure would have value in a port development project,” Ports of Indiana CEO Rich Cooper said. “It’s too early to say for sure what can be developed here, but it certainly warrants further investigation.

"Indiana’s last port was built 30 years ago, and port property in the U.S. is extremely limited; once it’s gone – it’s ‘game over’ for future port development. We will be evaluating this site’s viability for attracting new business to the Cincinnati metro area and to spur further economic development in the Tristate region."

Cooper said the next steps involve figuring out how much land can be developed and how much it will cost to develop the land.

The feasibility study will focus on about 700 acres of land that Indiana Michigan Power, a subsidiary of American Electric Power, owns in Dearborn County. The St. Louis company and its environmental liability transfer and enviroanalytics group specialize in brownfield remediation, environmental liability management, and redevelopment of formerly distressed sites throughout North America.

The Tanners Creek coal-fired plant, which had a capacity of 995 megawatts when it was retired last year, generated energy from 1951 through May 2015.

The Ports of Indiana is a statewide port authority and manages three ports on the Ohio River and Lake Michigan. The ports support an estimated 60,000 jobs and $7.8 billion in annual economic activity.

The state’s closest port to Lawrenceburg is the Port of Indiana-Jeffersonville, which opened in 1985 and is located just over 100 miles away along the Ohio River. In 2015, the Ports of Indiana handled an all-time high 12 million tons of cargo at all three ports.

“Infrastructure critical to our state’s economy includes more than just roads,” Gov. Mike Pence said in a statement. “Indiana’s ports and waterways have been tremendous catalysts for economic growth in this state for decades, and there is great potential here in southeast Indiana to develop a fourth port that will further energize our economy."