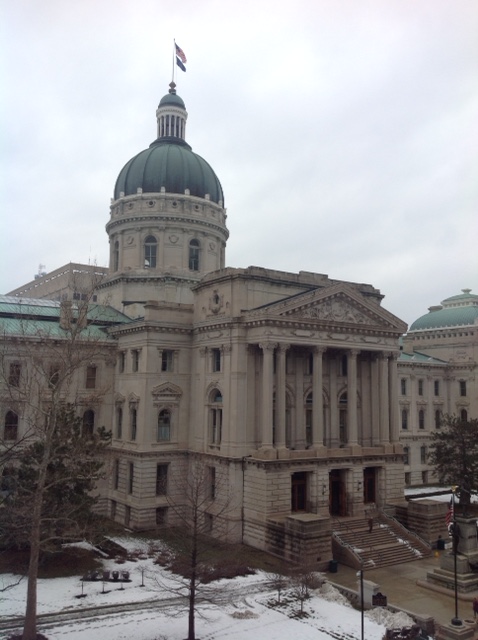 The final tab will be higher because the most recent tally from the Indiana Auditor’s Office doesn’t include a bill covering the March 17 oral argument before the Indiana Supreme Court.

“That’s a lot of money,” said Kerwin Olson, executive director of the Citizens Action Coalition. “It would have been a lot cheaper just to honor the public records law.”

Citizens Action Coalition sued in April 2015 alongside Common Cause Indiana and the Energy and Policy Institute in D.C. over an open records request for email and other correspondence between Rep. Eric Koch and various utilities regarding a bill about solar power.

GOP House Speaker Brian Bosma, an attorney himself, said he isn’t sure what he expected in terms of the bill but stands behind the decision.

“It’s just important to protect constituent communication. We are defending a lawsuit brought by an out-of-state interest group that wants to change that,” he said.

“No one likes to spend money but confidentiality of Hoosiers’ communications with their elected officials is paramount.”

The suit came after the Indiana House denied the request, saying the Indiana General Assembly is exempt from Indiana’s Access to Public Records Act. The state’s Public Access Counselor disagreed and ruled the legislature must comply with the state law.

A Marion County judge dismissed the case on separation-of-powers grounds, since the Supreme Court previously has ruled the judicial branch of government must not interfere in the internal workings of the legislative branch.

Instead of using the Indiana Attorney General’s Office to handle the legal challenge, Bosma hired the Taft Stettinius & Hollister law firm in Indianapolis. Specifically, attorney Geoffrey Slaughter, whose rate is $440 per hour, and a second lawyer assisting at a rate of $345 per hour.

Slaughter –a finalist for a spot on the Supreme Court – argued the justices should defer to the legislative branch on questions of process. But he also said if the court does intercede, the request should be denied under a legislative work product exception.

The costs for the case are being split with the Indiana Senate and paid out of legislative General Fund dollars. So far the billing covers from May 2015 to the end of February 2016. The highest single bill was $36,000.

Senate President Pro Tem David Long, R-Fort Wayne, said the House asked the Senate to contribute to the legal costs because the decision affects all legislators, regardless of chamber and party.

“It’s expensive but when government gets sued and you believe you are doing the right thing, then you have to defend yourselves,” Long said.

William Groth argued on behalf of Citizens – saying email messages to legislators are public because the legislature didn’t exempt itself. An effort to do so was vetoed by then-Gov. Frank O’Bannon.

“(Groth) made our case effectively and the public has a right to know what is going on in their government,” Olson said. “It’s our hope the case gets remanded and we finally hear the case.”

Long and Bosma both have said repeatedly that Hoosiers regularly send private information to their legislators and it should not be public.

Bosma said everyone who is a resident of the state – including a lobbyist – is a constituent. He said Hoosiers can see everything that transpires on legislation, from committee testimony to vote sheets, amendments and fiscal analysis.

“The only real exception to that is the work product of (Legislative Services Agency) and the legislators, including communication from constituents,” Bosma said.

He said there might be a way to craft a middle ground where some records are open but noted it would involve redacting thousands and thousands of emails the 150 lawmakers send and receive, and likely mean setting up a division of staff to produce the communications while ensuring confidentiality.