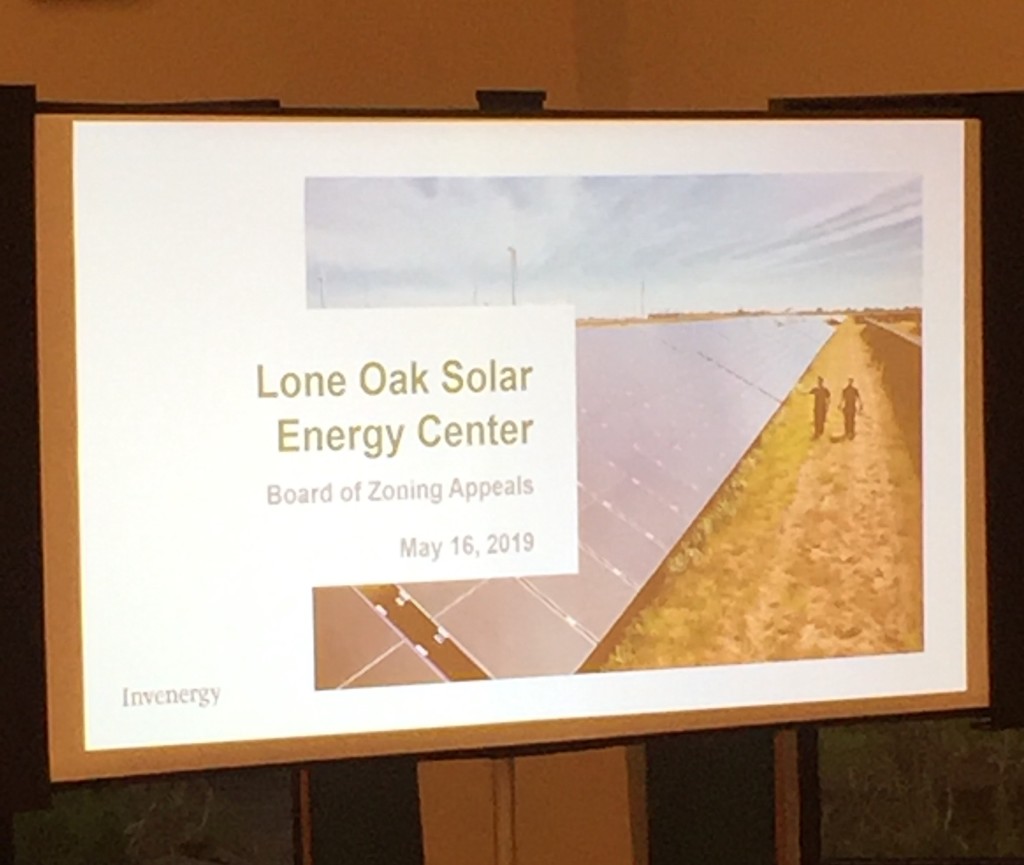 ALEXANDRIA — From the moment the representative from Chicago-based Invenergy knocked on her door about three months ago, Elizabeth Jones was against a proposed solar farm.

The conditions placed on the project Wednesday by the Madison County Board of Zoning Appeals as its members voted to approve the 850-acre Lone Oak Solar Energy Center did little to change her mind.

“I think the decision should have been different based upon the amount of property and people it impacts,” said Jones, who was in the standing-room-only crowd that witnessed the vote.

The BZA approved a special use and two variances.

“Invenergy is grateful for the thorough review of the Loan Oak Solar permit application by the Madison County Board of Zoning Appeals,” company officials said in a prepared statement. “We are reviewing the conditions of approval. We look forward to developing the project and delivering $26 million of new property tax revenue to Madison County.”

In addition, Invenergy must acquire a $5.6 million decommissioning bond to cover costs should the solar farm no longer be usable. Invenergy officials originally had hoped to be allowed to seek a $1.7 million bond, about the salvage value of the project.

Jones, who like many of her neighbors still had signs against the project on her front lawn Wednesday, said her concern about the solar panels was property values. She and her husband, Seth, bought the property about 10 years ago as a fixer-upper and have put much of their discretionary income into its repair, she said.

Since that first knock on her door, Jones said, she has done research on the impact of solar farms in other communities. Though she couldn’t find direct research backing her belief that they impact property values, she did discover anecdotal evidence from real estate agents.

“I wouldn’t have bought this house if it was surrounded by solar panels,” she said.

The company tried to sell the community on its reputation as a producer of green energy, Jones said.

“It’s such a trendy thing. Who is going to say they’re against green energy?” she said.

And Jones said she had the sneaky suspicion it was a done deal from the start, especially after the county created ordinances in 2017 that were favorable to solar farms.