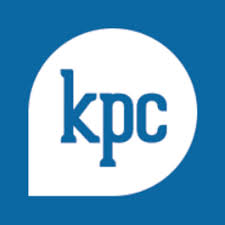 One of the hot controversies in the Indiana Legislature is about to land in the lap of a local lawmaker.

Rep. Dave Ober, R-Albion is the new chair of the House Utilities, Energy and Telecommunications Committee. A bill involving solar energy is poised to hit his desk next month.

Ober expects to be the House sponsor of Senate Bill 309, which changes the rules for selling excess solar energy to utility companies.

Ober said the bill is taking up at least 80 percent of his time. It’s being cast as a battle between small solar energy users and utility companies.

“They see this as the big-monopoly utilities trying to muscle out the growing renewable energy in the state. I don’t see it that way,” Ober said.

Ober believes he can steer the bill toward a win-win outcome. Better yet, win-win-win, because the rest of us have something at stake, too.

“Net metering” is at the core of the issue, and Ober does a good job explaining it.

If you have solar panels on your roof, or outside a factory, you can have an electricity meter than runs both forward and backward. Sometimes you’re producing power and sending the excess back to your local utility. Sometimes you’re using more power than you’re making, so you’re drawing from the grid.

If you make 5 kilowatts of energy and use 6 kilowatts, you pay the utility company for 1 kilowatt.

Under present rules, you buy and sell the electricity at the same rate. A disputed feature of SB 309 would change that. The utility would buy it from you at a lower rate — the wholesale price it pays for other generated power — and sell it back to you at a higher retail rate.

One proposal, called “buy all, sell all,” says the utility would buy all of your kilowatts at the lower rate and sell all of its kilowatts back to you at the higher rate.

A “buy all, sell all” rule could be the nation’s worst for solar users, critics say. Utilities say it would be fair to other customers, because right now utilities are overpaying for solar electricity.

Under present rules, other customers are subsidizing solar-energy users, who don’t pay for maintaining the grid, the utilities say. Today, the subsidy may not amount to much. Indiana has fewer than 1,000 users of net metering, although the number is growing rapidly.

Another feature of the bill would set a time limit of 2027 for the practice of net metering.

Fans of solar power say the whole package would make it less attractive to use the sun’s energy in Indiana.

Ober sees an advantage for solar power users, however. It would give them certainty about how long they can count on net metering. That’s lacking now, he said.

The existing state rule says Indiana utilities must offer net metering until it reaches 1 percent of their peak demand. When it hits that level, they can end the program, Ober said. At least one utility — Duke Energy — is almost there.

“I don’t think many people understand that this program is uncertain in the future,” Ober said.

The bill would grandfather net metering for existing customers for 30 years or until their equipment wears out, Ober said. New solar users would know the rules for the next 10 years.

“This thing’s not chiseled in stone. It’s likely to change,” he added. He expects the “buy all, sell all” rule to be tweaked. Rates for buying and selling could be adjusted.

“We’re going to try and come up with a compromise that everyone can live with,” Ober pledged. “If the bill dies … we go into the future with quite a bit of uncertainty about how we treat our solar customers. I think that’s a disservice to them.”

Ober said he’s not against encouraging solar energy. However, he said, “The cost is coming down to the point where it’s not necessary to incentivize it as much as we have in the past.”

Ober told Midwest Energy News, “I hope I’ve built up a reputation in the Statehouse as someone who is a little more thoughtful in trying to find what’s good policy.”

We encourage Ober to keep building that reputation by finding a solar-energy solution that’s fair to everyone.

OUR VIEW is written on a rotating basis by Dave Kurtz, Grace Housholder, Michael Marturello and Barry Rochford. Publisher Terry Housholder is also a member of the editorial board. We welcome readers’ comments.