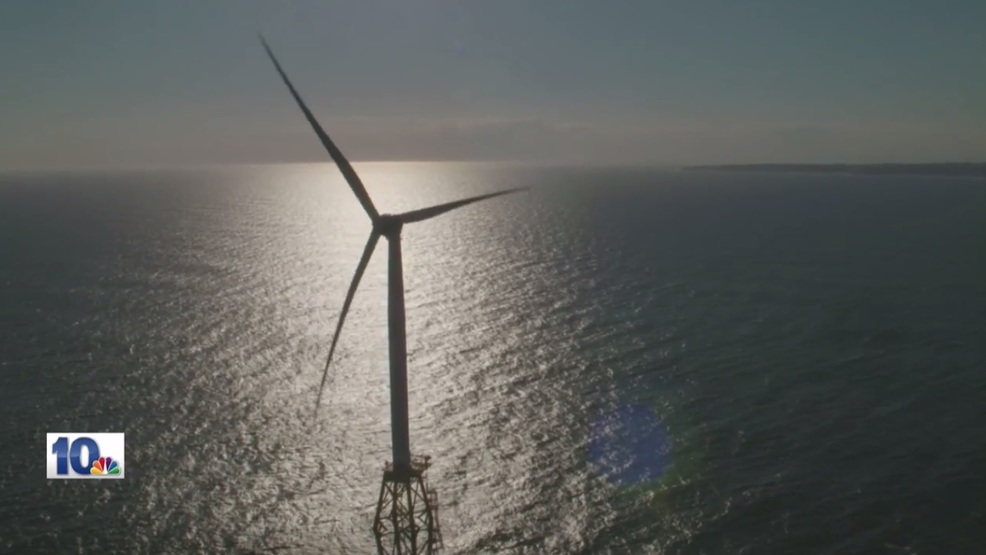 Massachusetts is now reviewing proposals to bring clean energy to the state.

Massachusetts is now reviewing proposals to bring clean energy to the state.

Gov. Charlie Baker’s administration is seeking project bids worldwide to provide up to 1,200 megawatts of energy.

Other proposals from energy companies come from near and far, including Massachusetts and Rhode Island, as well as Vermont, Maine, Indianapolis, Canada and even the United Kingdom. [emphasis added]

One familiar company is making a run for the contract: Rhode Island-based Deepwater Wind. They’re known for their first off-shore wind farm in the United States, right off Block Island.

Deepwater Wind shared their proposal with NBC 10 News on Tuesday.

“What we've proposed is the largest wind-battery combined power in the world,” CEO Jeff Grybowski said.

Grybowski plans to add 18 to 24 wind turbines about 20 miles off the coast of New Bedford -- and they're planning on to partner with an industry power-player: Tesla

“So, it really helps us maximize the value of all that wind power,” said Grybowski.

The wind-farm energy could power about 80,000 Massachusetts households every year.

“But again, this a price competition,” said Grybowski.

NBC 10 asked Grybowski how many years it would take to bring the cost down for residents because of the initial investment.

“I think from day one, we think this will be a price-competitive project,” said Grybowski.

He also said it's likely the wind-turbines won't be seen from shore.

Deepwater Wind is hoping their off-shore wind farm will be a part of that mix for years to come.

It's also unlikely any of the project bids will be subsidized.