With a decided lack of leadership at the national level on moving clean energy policy forward – and in some cases taking significant steps backward instead – the power to affect change in environmental policy necessarily is defaulting to the city and state level.

That’s why the latest numbers from Environment America’s Research and Policy Center’s announcement yesterday that more than 200 mayors across the United States – 216 in fact – have signed its letter calling for more solar energy is such an exciting development.

Even more exciting is the fact that the signatories aren’t limited to states and regions that have traditionally supported solar power as a natural part of their development. From every region of the country, solar energy is gaining momentum as the environmentally smart choice.

“While our federal government is promoting 19th-century energy policies, Americans can look to local governments to lead the United States’ transition to clean energy,” said Emma Searson, Environment America’s Go Solar Campaign Advocate in a press release announcing the news. “Mayors across the country are rising to the challenge — thinking bigger, acting smarter, and tapping the sun for more power.”

The list of 216 mayors who signed the letter spans the political spectrum, including 25 Republicans, as well as a broad range of city sizes and budgets. Republican Mayor James Brainard of Carmel, Ind., is proud to support solar in his community and says it’s a “no-brainer” for every city to consider:

“Even as Carmel continues its substantial growth, our city is working aggressively to reduce our carbon footprint well below what it was several years ago, when we were a smaller community,” Brainard said in the release. “Solar plays a major role in that effort, including more than 6,100 panels on four major facilities: our water treatment plant, a sanitary sewer pump station and two public parking garages in our city center. They’ll cost about $3.2 million but yield well over twice that in energy savings over the life of the panels. All this in a part of the country that hardly gets sunshine every day of the year.”

What Brainard says is true – solar isn’t just for the sunny states anymore. As battery storage and other technological improvements continue to grow, the range of regions that can successfully install solar continues to expand as well. So the letter signed by these mayors is just another signal to the national government that it should get its act together and support solar energy – because the Solar Revolution is already here, whether the fossil fuel interests that dominate our politics like it or not.

IndianaDG Note: Thus far only two Indiana Mayors have joined this effort. Both are Republican Mayors: 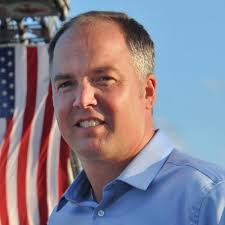