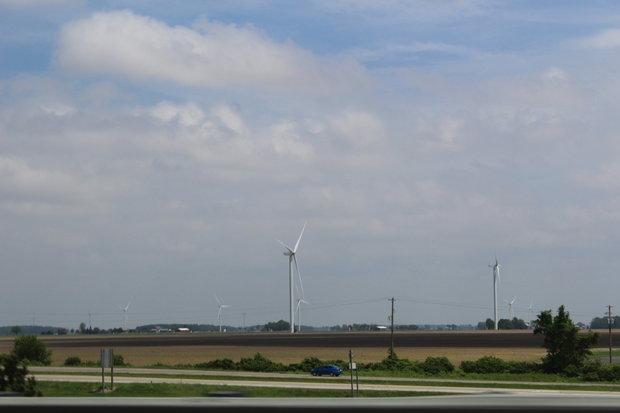 LANSING, MI -- The Michigan Senate on Thursday adopted a plan to overhaul the state's energy policy, keeping a 10 percent cap on energy choice and establishing a 15 percent renewable requirement by 2021.

Senate Energy and Technology Chair Mike Nofs, R-Battle Creek, has been working on the bills for two years. He said the final product took into account a lot of viewpoints and was not 100 percent what any one entity wanted, including him.

"I believe we have crafted a policy that balances a broad and wide range of interests and addresses the key elements that will serve our state well for many years to come," Nofs said.

Michigan's 2008 energy law required utilities to get 10 percent of their energy from renewables by 2015. With that goal met, Democrats were pushing for a higher standard going forward.

The bills were praised by clean energy advocates as a step in the right direction.

"The energy bills represent a step in the right direction toward reducing dangerous pollution by expanding clean, renewable energy, but they need improvement. We commend the bipartisan effort to update Michigan's energy laws." said Jack Schmitt, deputy director of the Michigan League of Conservation Voters.

"Although the bills increase the renewable energy standard, there is still much more work to be done to make sure our energy policy reduces pollution and lowers electricity costs for Michigan ratepayers."

Currently 10 percent of Michigan's market can use an alternative electric supplier instead of the utility whose territory they are in. The issue was hotly debated in the lead-up to the bill's passage.

Groups like Energy Choice Now, Americans for Prosperity and the Michigan Freedom Fund initially advocated for expanding choice. But utilities pushed in the other direction, advocating for the elimination of choice. They say that in an era where they're being required to shutter coal plants choice affects reliability. If large choice customers come back to their incumbent utilities the utilities worry about a shortfall.

The version of the bill that passed kept the 10 percent energy choice that is in current law, but added requirements that the alternative suppliers prove they have adequate resources to serve their customer load. It was a compromise backed by the Michigan Chamber of Commerce, an influential group in Lansing which had been holding out support. A change won over the Michigan Chamber of Commerce.

With that in place Republicans were able to pass SB 437 after a long day of caucusing on Thursday. They turned down an amendment from Rep. Pete MacGregor, R-Rockford, which would have addressed some concerns from the community advocating energy choice.

Without it groups like Energy Choice now opposed the Senate's final product.

"All Michigan ratepayers were thrown under the bus today by Senate leadership, forcing a vote on a bill that will increase costs on ALL ratepayers," said Energy Choice Now Executive Director Wayne Kuipers.

"Since the state Senate refused to stand up for Michigan schools, universities, community colleges, hospitals, faith communities, grocers and iconic companies like Kellogg, Pfizer and US Steel, we will join them in looking to Representatives in the Michigan House for relief from legislation that only benefits Consumers Energy and DTE Energy -- and their Wall Street investors."

"We are shocked and disappointed that so many Michigan State Senators would choose to support SB 437 which will eliminate considerable electric choice savings for schools," said spokesman TJ Bucholz.

"Schools are at the mercy of corporate utilities who can dictate their costs for electricity - a major budgetary cost center for schools across Michigan."

The bills passed with bipartisan support, but met opposition from a small collection of Republicans. SB 437 passed 26-11 and SB 438 passed 27-10.

"Today the Senate had the opportunity to position Michigan as a leader in green energy technology. Through a bipartisan effort, we passed a plan that will move our state forward when it comes to renewable and efficiency standards and investments. Our economy, environment and health will improve because of it, ensuring future generations' access to a healthier environment," said Senate Energy and Technology Minority Vice Chair Hoon-Yung Hopgood, D-Taylor.

Voting against both bills was Sen. Patrick Colbeck, R-Canton. He said he thought Michigan's already-high energy rates would increase under the bills.

"In this case, after all the work that was put into this legislation there is simply still not enough here to protect ratepayers. There is not enough to give the people of Michigan relief on their bills or true consumer choice," Colbeck said.

Both of the state's largest utilities praised the legislation's passage and urged expediency.

"The vote today by the Michigan Senate is a significant step forward in efforts to secure the long-term reliability of the state's electric system, which plays such a vital role in the daily life of Michigan families and businesses. DTE Energy strongly supports this legislation and urges the House of Representatives to adopt these bills this year," said DTE Energy in a statement.

"Michigan families and businesses deserve legislative action which protects electric reliability, ensures energy affordability, and promotes clean energy and energy waste reduction.  As this issue now moves to the House, we urge our elected Representatives to take timely action on this vital issue to Michigan's future," said Consumers Energy in a statement.

The bills head next to the House of Representatives, where House Energy Policy Chair Rep. Aric Nesbitt, R-Lawton, said he looked forward to continuing work on the bills.

"I look forward to continuing to work with Senator Nofs, Governor Snyder, and my colleagues in the House to deliver a long-term energy plan that will provide reliable and affordable energy to Michiganders for decades to come," he said in a statement.

Gov. Rick Snyder, too, has called for energy changes. He issued a statement after Senate passage.

"Energy policy has been a major priority this term and I'm pleased to see this package approved by the Senate with strong bipartisan support. These policies have the potential to save Michiganders billions of dollars and make our state's energy future much brighter. I look forward to working with our partners in the House to complete this work before the end of the year," Snyder said.