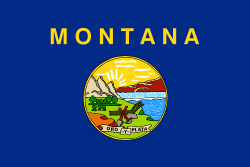 A ruling by state regulators reduces contract prices by more than half and recalculates rates every five years in the territory of NorthWestern Energy.

In recent years, the Public Utilities Regulatory Power Act of 1978 (PURPA) has emerged as a major driver for the U.S. utility-scale solar market, and this year is expected to be the biggest driver for large solar projects in the nation. However, PURPA is implemented at the state level, with some big differences.

In practice, this means that some states are ripe for solar under PURPA, and others are not. And some states that were formerly favorable in the past may not be so in the future.

A telling example of this is Montana, which late last week gutted implementation of PURPA in the territory of utility NorthWestern Energy. After abruptly suspending the law  a year ago, the state’s Public Service Commission (PSC) has now made several changes to implementation. Some of these will be damning for future development of solar, as well as those projects which were caught in regulatory limbo.

First off, the rate paid to “qualifying facilities” (QF) under PURPA has been cut severely. In a novel move, regulators have approved three payment rates, one for peak electricity usage and one for off-peak, with a further rate for times or particularly high demand, but all of these are severe reductions from the previous rate of $67 per megawatt-hours.

Under the new rules, utilities must pay projects 100 kW to 3 MW in capacity $32 per megawatt-hour (MWh) for electricity generated during times of peak usage and $23/MWh during off-peak hours. During certain hours during five winter and spring months the rate increases by $9/MWh.

Given that the lowest-price U.S. solar contract known to pv magazine is just under $30/MWh – in Arizona, which has better irradiation – this alone is likely to kill any pending projects. These rates will be re-calculated every two years.

And if that weren’t enough to strangle Montana’s solar market in its cradle, PURPA contracts have been shortened from 25 to 10 years, but effectively will only last five years, as the rates paid will be recalculated halfway through. While this is not as extreme as the two years that Idaho reduced contracts to, it is still far too short a time period to deliver any degree of investor certainty.

In defending his decision to radically alter PURPA implementation and effectively shut the state’s policy off to solar, Commissioner Roger Koopman (R-Bozeman) argued that he was establishing a “level playing field”.

“It’s not the role of the Commission to guarantee anyone’s business success,” stated Koopman. “Nor is our job to pick favorites in the energy field. It is our job to maintain a level playing field that is fair to both the ratepayer and energy entrepreneurs.”

However, Koopman’s statement implies that he disagrees with PURPA itself, and is acting accordingly. “Current long-term, fixed rate contracts discriminate against the consumer, with the ratepayer bearing all the risks. That’s profoundly unfair and beginning today we need to start fixing it.”

As if to add insult to injury, the capacity portion that solar delivers – in other words, its contribution to meeting peak demand – the regulators put at only 6% of peak capacity.

If there is a sliver of justice in the PSC’s decision, it is that projects owned by the utility and by independent developers will be treated the same. This will likely be little consolation to Cypress Creek Renewables, which was reported to have 100 MW of the 350 MW of PURPA projects that were thrown into legal limbo when the QF tariff was suspended a year ago.

An irony to these drastic actions is that Montana did not have much solar capacity to begin with. The state had the 39th-largest market among 40 states tracked by GTM Research and Solar Energy Industries Association (SEIA) in 2016. With its current regulatory environment, this won’t be changing any time soon.

Christian Roselund serves as Americas editor at pv magazine, and joined in 2014. Prior to this he covered global solar policy, markets and technology for Solar Server, and has written about renewable energy for CleanTechnica, German Energy Transition, Truthout, The Guardian (UK), and IEEE Spectrum.
More articles from Christian Roselund
roselund@pv-magazine.com