NC WARN seeks legal right to sell solar power to Greensboro church; Should we try this in Indiana? 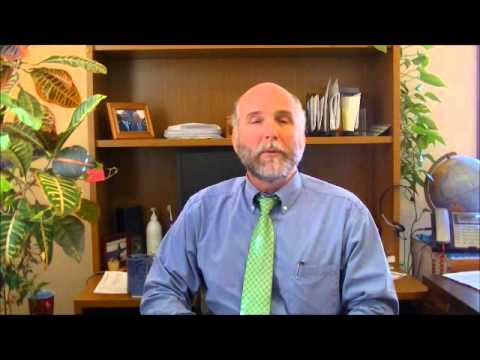 NC WARN and Faith Community Church announced the arrangement Wednesday morning, declaring their challenge a “test case” to break Duke Energy’s state control of power sales. The Durham advocacy group also asked the N.C. Utilities Commission to bless the deal and said it will press its case in court if the Utilities Commission rejects the argument, as is likely to happen.

“This is an unprecedented project,” said NC WARN director Jim Warren. “There will be no dismantling of the equipment at any point.”

NC WARN is selling electricity to the church for 5 cents a kilowatt hour, less than half the price charged by Duke Energy.

NC WARN was founded in the 1980s to oppose hazardous waste incinerators, nuclear power plants and coal-burning power plants. The grass roots organization has filed legal actions to shut down power plants and has also staged civil disobedience campaigns against the utility industry.

If NC WARN loses its legal challenge, Warren said, it would donate the 5.2-kilowatt rooftop solar array to the Faith Community Church. Under state law, the church can use electricity it generates from its own solar panels.

North Carolina is a regulated utility market that restricts the authority to sell electricity to registered utilities. Households and businesses can own their own solar panels and use the energy they generate. But third parties, such as solar developers, can only sell directly to an electric utility, not to a business or household.

Solar developers for years have tried to find a chink in the system that would allow them to own solar arrays and sell power to their customers, completely bypassing the electric utility, but they have never succeeded.

Changing state policy would require action from the state legislature, which currently has a pending bill to do just that. But the Energy Freedom Act has not moved out of committee since it was introduced in March by Republican lawmakers with the encouragement of Wal-Mart, Lowe’s, Target, Macy’s and other corporations.

Charlotte-based Duke opposes a change in North Carolina law, and without the company’s support Energy Freedom Act is not expected to get a hearing.

About half the states in the U.S. allow third-party leasing options, with Georgia enacting its policy in March, but many of the states do not have strictly regulated utility markets like North Carolina. Duke officials supported South Carolina’s policy to allow third party sales, adopted last December, but it was paired with other energy provisions the power company liked.

In a regulated utility market, the utility has exclusive right to sell power in its service area. In exchange for that legal privilege, the utility is obligated to supply power to everyone in the area and also obligated to meet state reliability standards for restoring power outages.

GREENSBORO, NC – An African-American church now has 5.2 kilowatts of solar power on its roof via a system installed and owned by ally nonprofit NC WARN.  In a partnership that could impact state policy at a critical time, the church will buy the solar power from NC WARN at a price far lower than what it pays on its monthly bill to Duke Energy.

The Solar Freedom project was announced today at a ribbon-cutting ceremony hosted by Rev. Nelson Johnson, pastor of Faith Community Church in downtown Greensboro.  The unprecedented project was accompanied by an NC WARN legal filing seeking a declaratory ruling by the NC Utilities Commission in a case where the nonprofits argue such third party sales are not prohibited by state law.

Rev. Johnson said today, “We are happy to engage in this partnership that can help leverage solar power’s savings and jobs to more communities – while reducing the effects of Duke Energy’s monopoly control that has such negative impacts on power bills, clean air and water, and climate change.”

Today’s ceremony was attended by other clergy interested in gaining access to third party – or “no money down” – solar power financing in order to save money and further their Earth stewardship.  Third party financing is the subject of a bipartisan bill in the General Assembly that has broad public, business and military support, but which has stalled as Duke Energy lobbies vigorously to block it.

North Carolina is one of only four states where third party sales is thought to be disallowed.  Georgia recently became the latest state where either regulators or courts have allowed solar companies to sell power directly to customers from systems on those customers’ property.

Iowa’s Supreme Court last year said “yes” to third party sales in a rebuke to state regulators and monopoly utilities.  In its filing today, NC WARN also cites precedents from two in-state cases.  The nonprofit partners argue their funding arrangement is consistent with state energy policy, with the constitutional ban of monopolies, and that it should be encouraged across the North Carolina.

“Third party financing is an open question in North Carolina,” NC WARN community organizer Ravin St. Julien-Brown said today.  “Hopefully the General Assembly will clarify it before the regulators do.  Third party solar could be helping all electricity customers avoid rate hikes for more power plants – if companies offering third party sales are allowed to compete in this state.”

The rooftop system at Faith Church should begin generating electricity in July, pending final permits.   Any excess power will be fed to the grid and credited against the church’s Duke Energy bill.

This spring Rev. Johnson and NC WARN director Jim Warren co-authored a letter calling for Duke CEO Lynn Good to stop targeting African-American leaders with a “solar hurts the poor” message.  The pair cited a national campaign by the Koch Brothers and monopoly utilities – detailed in a March 7 expose by the Washington Post – that’s intended to stamp out the growing use of rooftop solar.

Rev. Johnson added today:  “The time is right for the People of North Carolina to come together around our common goals of stewardship, pollution, and the protection of low-income customers against the rising power bills they face under Duke Energy’s current plans.”

The legal filing, along with photos and video footage of workers installing the solar panels are available at the top of www.ncwarn.org

Building large power plants is making the climate crisis worse – by squandering precious years and dollars that should be going toward energy efficiency, CHP and renewables.