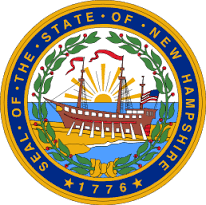 New Hampshire can now count itself among the states looking at net metering successor tariffs.

A new filing from New Hampshire's Office of Consumer Advocate is pushing a proposal that would end traditional net metering and replace it with three options designed to offer a return on rooftop solar investments while eliminating cost-shifting — an argument from utilities that rooftop solar customers don't pay their fair share for grid upkeep and shift costs to other customers.

According to the filing, customers who chose the TOU rate option will pay higher rates to their utility during peak demand hours, but would also earn more for the power they send back to the grid.

"[A] consumer-generator opting for the Time-of-Use option can expect to pay a higher price, but also obtain a higher price, for power produced during the times of day when the grid is most stressed – 2:00 p.m. to 8:00 p.m.," the consumer advocate wrote in a statement.

Touted as the more refined way to send price signals to customers,TOU rates have proven more popular with the solar sector than other utility attempts to recover fixed costs, such as fixed charges or residential demand charges.

Customers who choose the TOU option will also pay a new non-bypassable fee in addition to previous fees under New Hampshire law to prevent additional cost-shifting, according to the filing. The filing also wants to limit the option to customers under a certain MW capacity threshold.

Under the Fixed Solar Credit Rate scheme, residential and commercial customers can lock in a bill credit for distributed energy production for 20 years. But the bill credit, which will initially start at the full retail rate credit for New Hampshire, will eventually step down in tranches to reflect fluctuating market prices.

The option will be capped at a total of 200 MW, with 75 MW set aside for small-scale distributed generation systems (proposed at 100 kW or less) and the rest for larger systems, according to the filing.

Finally, the filing proposes a community solar option that will give residents without a suitable roof or adequate income a chance to purchase renewable energy. Utilities have increasingly turned to shared solar as a more palatable option to give customers some choice over their energy supply. It also solves the conundrum of opening access to solar for renters and low-income customers.

The consumer advocate's proposal was prepared with help from Lon Huber, a consultant for Strategen who has proposed similar ideas in other states.

In Arizona, Huber, on behalf of the state consumer advocate, pushed a similar declining fixed-rate incentive program as a way to give stakeholders an option beyond traditional fixes, like higher charges or reduced remuneration rates. Whether that will be successful remains to be seen, as Arizona remains embroiled in a value-of-solar docket and regulators have pushed off decisions over solar rates until that concludes.

Huber also pushed a declining incentive program in Maine with the consumer advocate, but that plan was derailed after lawmakers failed to override Gov. Paul LePage's veto of the reformed net metering program, kicking the issue back to the PUC.