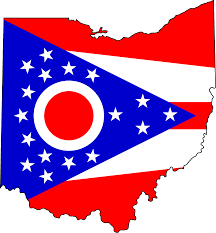 Speaking the language of manufacturing, employment, and economic opportunity, five prominent corporations have backed a 2.2 gigawatt solar goal for Ohio by 2030.

Five prominent firms with operations in Ohio are endorsing a report advocating 2.2 gigawatts (GW) of solar for Ohio by 2030, lending their corporate logos in support.

“The U.S. energy industry is undergoing a transition toward clean energy,” said JPMorgan Chase executive Matthew Arnold in the report’s foreword.  He noted that his company “has seen firsthand an increase in investments in sustainability.  Individual states have a unique opportunity to encourage, and benefit from, this evolution.”  His firm is developing 20 MW of solar at its corporate center in Columbus, Ohio, he said.

Reaching 2.2 GW of solar in Ohio would involve $3.6 billion in investment, and “sustain 800 direct jobs and over 1,700 indirect and induced jobs each year,” said the report, and would boost the state GDP by $1 billion per year.

As of July 2018, Ohio had 176 MW of installed solar, and four solar projects under development totaling 550 MW.

The report highlights First Solar’s 600 MW solar panel factory in Perrysburg, Ohio, and its nearby 1200 MW factory now under construction, which together will employ 1250 people.  Two in-state manufacturers of racking and mounting hardware are also featured.

The report conveys pride in the state’s manufacturing strength, as it ranks third in the nation in manufacturing jobs, has 34 accredited engineering programs, graduates 20,000 students per year in the STEM fields (science, technology, engineering and math), has “150 apprenticeship programs to train Ohioans to be machinists,” and “supports over 11,000 registered apprentices in construction.”

The report invites “Ohioans with diverse perspectives” to “join the conversation” at the report’s website.

Technical note: Synapse Principal Associate Asa Hopkins explained how the 2.2 GW solar target was derived: “The 2.2 GW is composed of 1.2 GW of utility-scale PV and 1 GW of distributed generation (DG). The potential DG PV value was derived based on growth of about 30 MW per year rising up to 80 MW per year by 2023, then continuing at that level. Recent DG growth in Ohio has been about 30 MW per year, and we expect increases in the pace of solar deployment are possible with falling component costs (and possibly contingent on changes in Ohio policies and further maturation of the market). We modeled the utility-scale PV as more near-term, encouraged by the expiring ITC. There are 550 MW of large projects that are either approved or proposed (filed with the Siting Board), in addition to about 60 MW of operating projects, and we conservatively estimated that at least this many projects again could be constructed before 2030.”