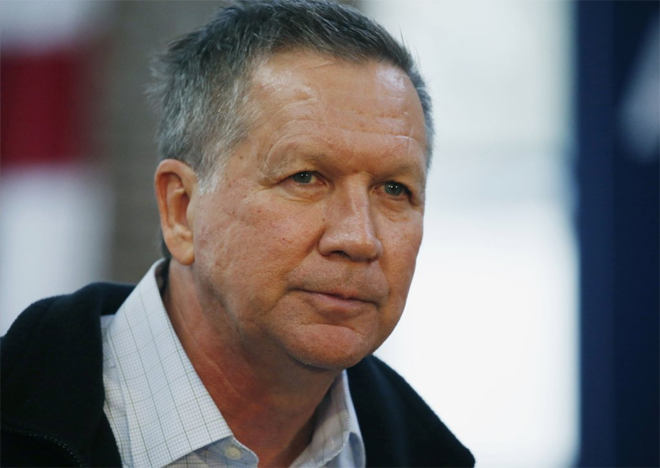 Gov. John Kasich has reiterated his threat to veto any legislation that would eliminate standards for renewable energy and energy efficiency.

His comments, which were made Friday at an event in Austin, Texas, could be a bad sign for proposals on the topic that are pending in the Ohio General Assembly.

The standards, which went into effect in 2008, say that electricity utilities need to meet annual benchmarks for renewable energy and for finding ways to help customers reduce energy use.

Two years ago, Kasich signed a measure that placed a two-year freeze on the standards. Now, as the freeze is months away from expiring, some lawmakers would like to see it extended in one form or another.

Kasich spoke about the standards in response to an audience question on environmental issues. He said that the 2008 standards were "unrealistic," but that he would veto any plan to "kill the standards."

"I'm for developing all these other resources, and we have a program in Ohio that requires us to meet these certain standards, and I've told the legislature the standards that were set were unrealistic but if you try to kill the standards, whether it has to do with the renewables, or whether it has to do with the issue of saving energy, I'll veto the bill and we’ll go to the higher standards. And so you know I’m committed to it."

The Dispatch reported last week that Ohio Sen. Bill Seitz, R-Cincinnati, is about to introduce a plan that would make the renewable-energy standards optional from 2017 through 2019 and make them enforceable starting in 2020. That plan would be part of a larger measure.

Kasich gave no indication in his Austin remarks that he was addressing any specific proposal.