Renewable energy gets backing (again) from some major Ohio manufacturers 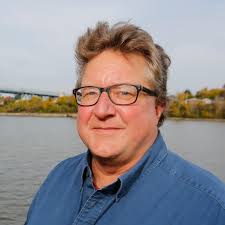 Renewable energy gets backing (again) from some major Ohio manufacturers

One of the bigger political stories getting lost in the shuffle during this presidential election is the fate of Ohio's mandates on energy efficiency and renewables.

It's huge because it could not only impact energy markets for solar power and wind power, but also the nation's climate and landscape.

The Ohio General Assembly is trying to decide what to do after the state's two-year freeze on such mandates expires at the end of this year.

Ohio - the nation's fourth-largest energy user - is a pivotal state on this issue.

It remains the only state that went forward with a freeze, a grand experiment that yielded mixed results.

Gov. John Kasich went through with it, despite opposition from many businesses that saw value in promoting renewable energy as a way of generating jobs.

Although the Kasich administration now says the freeze served its purpose and should expire, that has done little to dissuade conservatives who want to do anything from modifying rules to making the freeze permanent.

But on Tuesday, nine business that collectively employ more than 25,000 people in Ohio flexed their muscle in support of renewables, urging state lawmakers to reinstate and strengthen the state mandates.

Lawmakers are expected to vote on proposals days after the election.

"Continuing to undo smart clean energy policies won’t help us build a stronger Ohio for tomorrow," Dave Stangis, Campbell Soup's vice president corporate social responsibility, said, citing the company's solar project in Napoleon that is expected to save Campbell $4 million and keep 250,000 metric tons of greenhouse gases out of the atmosphere in the next 20 years.

"We believe renewable energy and energy efficiency are good for the environment and good for business,” he said.

Owens Corning is proud of its 2.4-megawatt solar parking lot canopy at its Toledo headquarters, the largest canopy of its kind in the Midwest, he said.

A report by Clean Energy Trust and Environmental Entrepreneurs, promoted by advocates, contends Ohio lost more than 1,400 jobs in the wind industry alone in 2015.

Opponents question such claims, asserting Ohio is better off without the mandates.