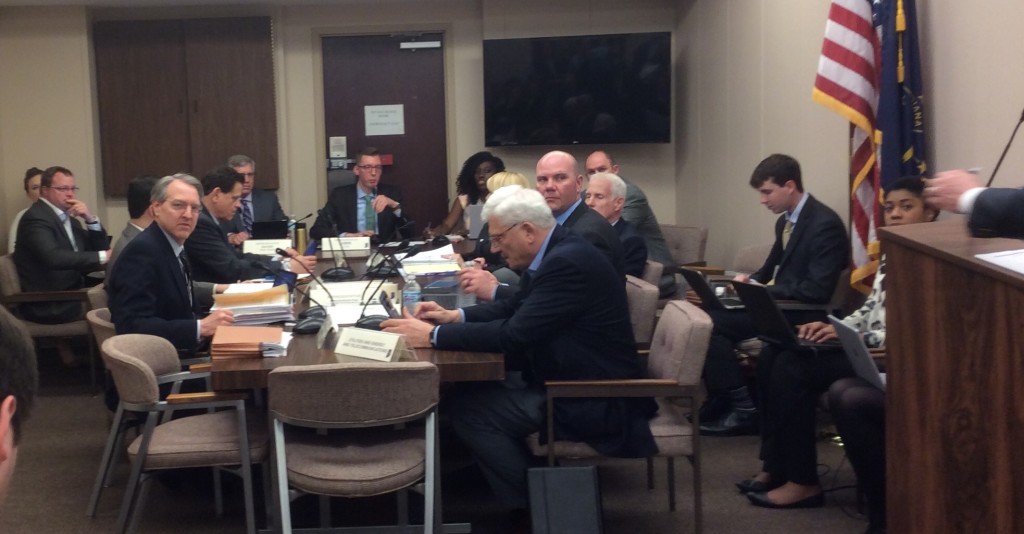 IndianaDG says THANK YOU to these five state legislators!

A fervent debate on renewable energy may still be heating up.

A House panel on Wednesday advanced a measure to phase down financial incentives for people who sell excess energy from solar panels or wind turbines to utility companies. The 8-5 vote sends Senate Bill 309 to the full House for consideration.

Current rules require utilities to pay the retail rate for the electricity, which is about three times higher than wholesale prices. That incentive, put into place 12 years ago as a means to encourage renewable energy, has offset the costs for homeowners, churches, schools, small businesses and nonprofits to install solar panels and turbines. The exchange is known as net metering.

Senate Bill 309 proposes allowing people who already have solar panels or wind turbines to continue receiving bill credits equal to the higher retail rate for their surplus electricity for the next 30 years, essentially the expected lifespan of their systems. After 2022, people installing new systems would get credits for their surplus electricity at 25 percent higher than the wholesale rate.

An amendment also removed the process for utility companies to petition the Indiana Utility Regulatory Commission for a lower rate.

Supporters, including the Indiana Chamber of Commerce, Indiana Energy Association and Indiana Manufacturers Association, say it's a critical time to address net metering before the financial incentive adds up to a larger cost. The lower costs of renewable energy systems also have diminished the need for the higher retail net metering rates, which they refer to as a “subsidy.”

But Rep. Matt Pierce, D-Bloomington, said he didn't think the issue needed to be taken up.

"We're going to harm small businesses, entrepreneurs, people who are finally getting a foothold," he said before voting against the bill.

Pierce accused utility companies of trying to push back against renewable energy by trying to "sandbag" those using new technologies rather than working to change their own business models.

Other opposition to the bill has come from homeowners, schools and small businesses who have put solar panels on their rooftops, some for concern about climate change and others as a means to reduce their electricity costs. They contend that net metering helps utilities by providing additional sources of electricity, which can be cheaper than wholesale providers during times of peak demand.

Opponents of the bill said Indiana stands to lose its place in the new solar economy to states such as Illinois and Ohio that have more solar-friendly policies. Above all, skeptics said Senate Bill 309 was an effort by the big utilities to continue their monopoly on the electricity supply.