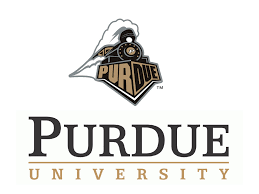 A group of Purdue students and faculty are pursuing a noble cause: introducing a solar

array to the University’s campus.

Sam Landry, a graduate student in engineering technology, is leading an energy initiative

on campus with the help of William Hutzel, a professor in the school of engineering

technology. The project – dubbed the Purdue Solar Endowment – is about cutting the

University’s total energy cost by placing solar panels at the Purdue Airport, similar to what

has been done at the Indianapolis International Airport.

day, which matches up with the intensity of the sunlight, thus creating solar energy at

times when we are consuming the most energy,” Landry said.

were part of a project to build a house which produced more solar energy than it used.

Since the building of the solar-powered house, the price of solar power has decreased by

almost 50 percent. Hutzel said where solar panels used to be $4 per watt, they are now just

above $2 per watt. So this fact will be a huge boost to the group’s case when the Purdue

Solar Endowment makes its request for funds to the Office of Investments.

Now, instead of dealing with a few solar panels like they did with the house, the Purdue

Solar Endowment will require the installation of a few thousand panels.

funding, but to also one day get the solar array up and running at the Purdue Airport.

the university or not, and if not, when does it become a possibility. I would say that I am

about 100 percent confident that we will get what we want out of this project,” Landry

said. “We are in the very early stages of this project and there is still a lot to discover and a

lot of moving targets. With this in mind, I know how motivated everyone involved is and

that gives me a great deal of confidence that this may just become a reality.”

As key of a role as Hutzel plays, the Purdue Solar Endowment is student-driven.

and puts us in contact with the stakeholders involved in the project’s progression,” Landry

said. “That being said, we have had students who work specifically on analyzing the

a multidisciplinary team allows us look at each step in this project with great insight.”

However, despite the fact that the group aims to cut Purdue’s energy requirement by a full

2 percent, Hutzel knows that solar energy isn’t the key to all energy problems.

Hutzel said, “I don’t want to give you the wrong idea: Solar panels are not the cure for

energy concerns worldwide, but it’s one smart strategy that we’re going to see more of.”