The probability of saving money by using solar energy rather than standard grid electricity is 92 percent for Indiana farm businesses and about 50 percent for homes, Purdue University energy economists find.

While current energy policies play key roles in providing incentives for the use of solar energy in Indiana , businesses have an additional cost-saving option not available to residences: Businesses can deduct their investment in solar from their revenues - a tax policy known as depreciation.

A benefit cost analysis conducted by Wally Tyner , the James and Lois Ackerman Professor of Agricultural Economics, and graduate student Jinho Jung showed that if homeowners could also depreciate the cost of installing solar energy systems, their chances of saving with solar would rise to about 90 percent.

“Under current law and policy, whether you lose or make money with solar as an Indiana homeowner is like throwing the dice - you don't know,” Tyner said. “But solar is a clear economical choice for farm businesses. The tax advantage from depreciation makes a huge difference in the overall economics.”

The use of solar energy, an emissions-free and inexhaustible resource, is expanding as new policies encourage the adoption of renewable energy sources. But many consumers are uncertain whether it is cheaper to operate and maintain solar energy systems than to buy standard grid electricity, particularly in Indiana where electricity prices are low compared with many other states. About 95 percent of Indiana's electricity comes from coal power, the cheapest energy source.

Tyner said the switch to solar power is hindered by policies that do not put solar on what he and Jung called a “level playing field” with coal power.

In Indiana , three policies provide tax-paying homeowners with incentives for using solar energy: net metering, which allows consumers to sell excess solar electricity back to the grid; financing through a home equity loan with tax deductible interest; and a federal tax credit for 30 percent of the installation costs of solar energy systems. Farm businesses can depreciate their investment in solar in addition to these three policies.

In this scenario, Indiana farm businesses and homes would have about an 84 percent chance of saving money by generating electricity from solar rather than coal power.

“If you put solar energy and coal power on a level playing field, solar emerges as a clear winner,” Tyner said. “Many more homes in this state would have it.”

Tyner and Jung's analysis factored in multiple economic variables over 20 years, including the maintenance and repair costs of solar panels, economic inflation, the annual loan payment from financing, Indiana's climate and uncertainty in electricity prices.

An important finding, Tyner said, was that the analysis showed a carbon tax and the ability to depreciate an investment in solar would give as much incentive for adopting solar energy as the current federal tax credit does.

Tyner and Jung published a paper on the cost-efficiency of solar energy for Indiana homes in Energy Policy. The paper is available athttp://www.sciencedirect.com/science/article/pii/S0301421514004807 .

They also authored Economic and Policy Evaluation of Solar Energy for Indiana Business and Residential Application, an Extension publication comparing the costs of using solar energy in Indiana business and homes. 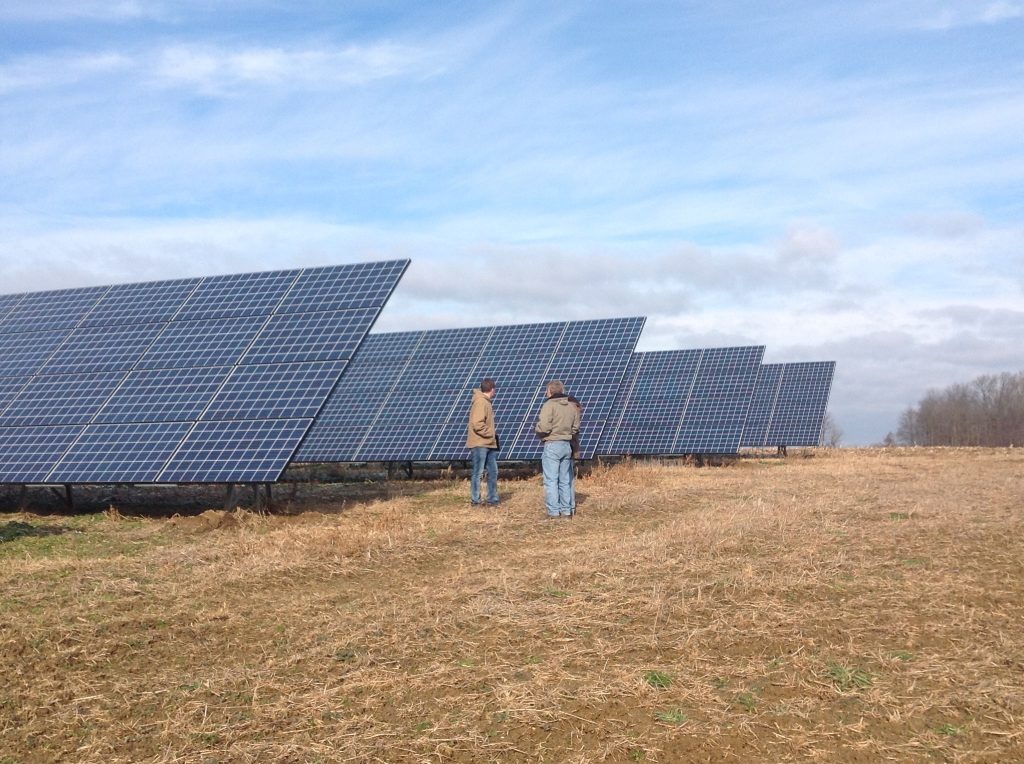