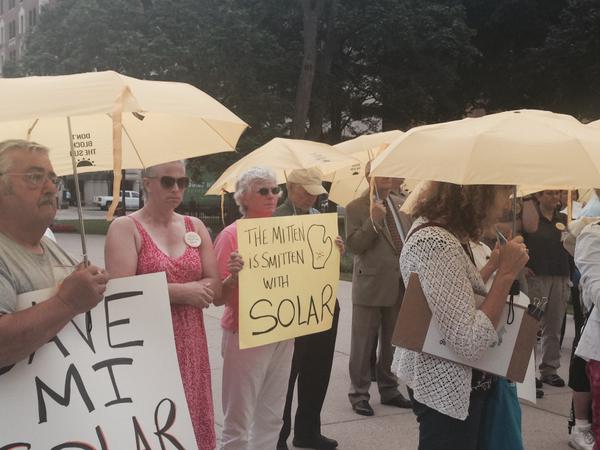 Advocates of installing solar panels on rooftops are protesting Michigan legislation they warn would make it harder for residents to reduce utility bills with their own renewable energy sources.

Dozens rallied Wednesday at the Capitol, holding umbrellas to urge lawmakers not to block the sun. They also testified at a Senate committee considering legislation with utility-backed changes to Michigan's "net metering" program.

Some 1,800 customers across Michigan have installed their own solar panels or wind turbines.

Critics say proposed changes would make it harder for residents to see a payback on generating their own electricity.

The net metering fight is part of a broader rewrite of Michigan's energy law expected to intensify in Lansing this fall. 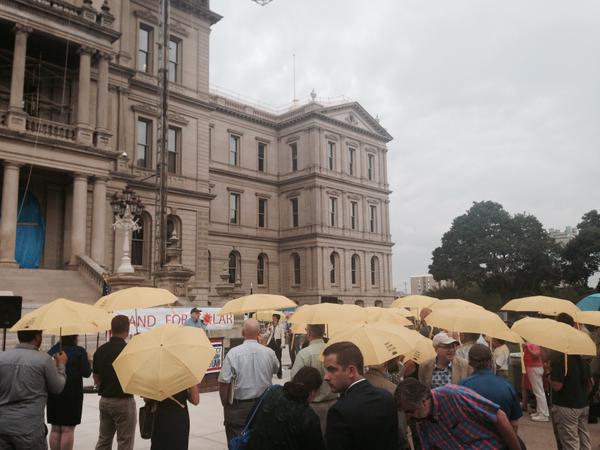