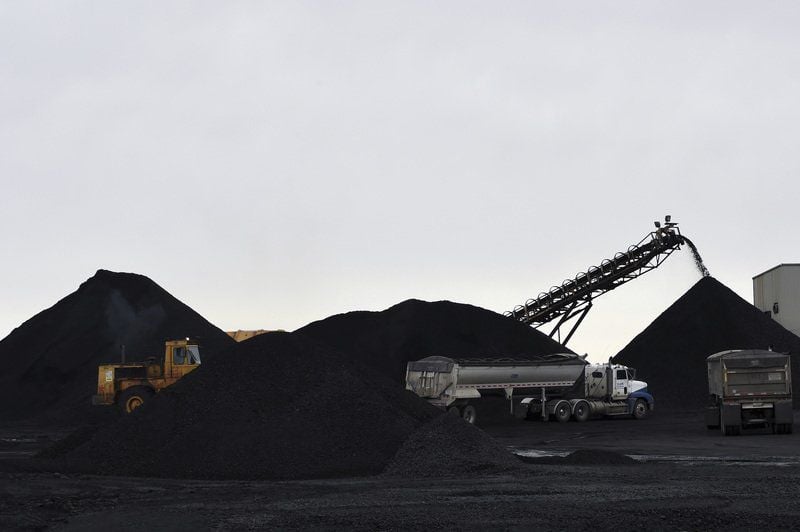 President Donald Trump is headed to southwestern Indiana. There is no guarantee he will talk about his new Affordable Clean Energy rule for the Environmental Protection Agency but it only makes sense that he would while making a stop in an area that sits in the middle of coal producing areas in Illinois, Kentucky and Indiana.

Trump announced the plan last week in Charlestown, West Virginia. It would do away with the Obama Clean Power Plan rule, and replace it with one that allows individual states to set limits for carbon dioxide emissions.

“We are putting our coal miners back to work,” said Trump, in an Associated Press story last week.

“The Obama Administration put in the Clean Power Plan which really was the death knell for the coal industry,” said Bucshon. “What they were doing in the previous administration was putting in regulations that could not be met with current technology. It would shut down the coal industry.”

During Obama’s second term, the coal industry in Indiana began to slow down. That happened even though a U.S. Supreme Court decision in 2016 stopped the provisions of the EPA rule from being put into effect.

“I am an ‘all the above’ energy believer and coal is a piece of that,” said Bucshon. “This area of the country is rich in coal and every coal miner in the state of Indiana is in my district.”

Bucshon’s opponent in the fall election, William Tanoos, questions who will really benefit from the change.

“I understand the President is trying to bolster coal, and coal is important in the Eighth District,” said Tanoos, a Democrat from Terre Haute. “My concern is with the miner. This will benefit those at the top but not the worker and at the same time increase pollution and the negative health impacts that brings.”

He called the measure disappointing.

“There is a lot that could be done to improve the plight of miners, and this does nothing to address that,” said Tanoos. “It just takes the cap off of pollution.”

In Daviess County, Solar Sources still operates mines in the eastern part of the county. Earlier this year the company reopened the Billings Pit that had been closed. The Trump plan seems to be getting a warm reception.

“It could be beneficial to eliminate the clean power plan and allow the states to regulate carbon dioxide emissions,” said Mike Owen, regulatory consultant for Solar Sources . “If they let each state set limits on carbon dioxide it will look much different than the national, one size fits all system, that Obama was pushing. This recognizes that there are different kinds of coal in different regions. Illinois basin coal is different from Powder River coal and that is different than Texas coal.”

Owen says the change of EPA rules could have a positive impact on mining in the area.

“In the short term, I believe it could mean more mining,” he said. “I am not sure how quickly it can all go into effect. These rules will probably be challenged in court. The Hoosier Environmental Council and the Sierra Club are still around.”

The last coal burning power plant built in southern Indiana was the $1 billion Edwardsport Plant constructed by Duke Energy in northern Knox County. While the coal industry may have been struggling, renewable power operations began popping up in the area. Hoosier Energy built a solar farm along Interstate-69 near the Crane exit. Indiana Municipal Power Agency built a 4-megawatt solar operation in Washington and Duke Energy is in the process of constructing a solar operation at the Crane Naval Warfare Center.

“The old rules were forcing out older coal plants and forcing others to go natural gas,” said Owen. “Older coal plants have been shutting down and they were not coming back. Hoosier Energy closed a plant at Petersburg. Marginal plants that had reached 30 years on line were being shut down. This will allow them to continue to operate at an economic advantage to rate payers. Utility companies will be able to make small changes to improve air quality instead of trying to reach for everything at once.”

“What the Trump administration is doing is putting in regulation that is reasonable, that can be met with reasonable technology,” said Bucshon. “That will help the coal industry here in Indiana. We need to continue to advance innovation and technology which we will, but you just can’t put onerous regulation in place like the Clean Power Plan.”

Still, Tanoos believes the Trump bill could have put in some regulations that did more than turn the coal companies and the utilities loose.

“They could have tied the emission levels to job training or put more money toward retirement for the workers,” he said. “I understand the intent of the rule. It does nothing for the workers and only helps those at the top and in the end, the EPA estimates as many 1,400 deaths could be tied to this proposal.”

The Indiana Coal Council contends Indiana has around 24 active mines operated by a dozen companies that produce 32 million tons of coal. Including trucking and other ancillary workers, the mining industry supports 2,500 jobs in Indiana.

“I see this change as positive, but we will still have to see what the full impact will be,” said Owen.

Still, the change is expected to make a difference in the coal fields.

“I am very excited they have decided to put in regulation that backs up a little bit and lets us work where we are,” said Bucshon. “We can still try to do what we can to make the air as clean as possible, but now do it with the available technology, so I’m pleased.”