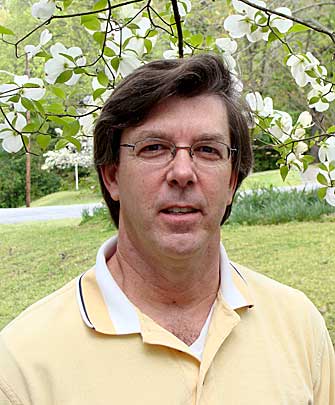 The nonprofit group known as the Arkansas
Renewable Energy Association has been
working in the state Legislature since 2000
to advance policy to stimulate renewable energy development across our state.
Their initial efforts paid off in 2001 when the Legislature passed a law on net
metering to credit solar-energy system users for electricity they add to a utility
grid. However, very few net-metering systems were commissioned until 2009
when Gov. Mike Beebe appropriated $2 million from American Recovery and
Reinvestment Act funds to develop the state’s Renewable Technology Rebate
Program.
Frank Kelly of Little Rock, a financial planner and chairman of the energy
association, is arguably the person in Arkansas most familiar with the political
gamesmanship that has played out for some 15 years over the issue.
Kelly was the first Arkansan to sign net-metering agreements with Entergy in 2002
for his solar residence and signed the state’s first meter-aggregation agreement in
2014 for an Arkansas business. He believes evidence shows the regulated utility
monopoly in Arkansas since 2009 has repeatedly thwarted additional progress to
assist Arkansans with developing their own renewable energy resources.
For instance, failed attempts to allow privately owned renewable-energy systems
were introduced during the 2009, 2011, 2013 and 2015 legislative sessions. Kelly
says not one bill was allowed out of committee.
He says it’s especially regrettable that his association’s first attempt at passing a
distributed-generation bill in 2009 was supported by the governor, the Public

Service Commission, the UA System and others, but failed to make it out of
committee. Isn’t politics supposedly performed on behalf of the public (as
opposed to politically contributing special interests) an inspiring thing to behold?
Kelly explains that the policy initiative proposed in each distributed-energy bill is
simple. It would allow customers to sign a long-term power purchase agreement
with their local electric utility and take their own funds to invest in electric
generation. But nothing doing.
“There have been concerted efforts from the local electric cooperatives, investorowned
utilities, municipal utilities, industrial users and outside private-interest
groups to spread misinformation and fear in the minds of our state legislators,”
Kelly contends.
He says he can show a nationwide effort in almost every state to penalize netmetering
customers and deter further renewable energy development. “The
electric utility monopoly is losing sales of electricity when individual net-metering
customers begin to generate their own electricity. Since the kilowatt per hour is
first consumed on-site with unconsumed energy going back to the utility for
credit, the utilities consequently see negative revenue impacts.”
Kelly says that instead of embracing and supporting the creation of new energygeneration
partners, “they’ve instead decided to place additional barriers to slow
and deter increasing the adoption rate of renewable energy within each state.”
He also says a distributed-generation policy simply allows renewable energy to
compete on the same playing field as traditional fossil fuel generation. Private
solar development also can be financed the same way we finance every other
electric generation source—over the long term.
Those who generate renewable energy individually need long-term power
purchase contracts with their utility company, Kelly told me, continuing: “I mean a
contract that promises to purchase generation for an agreed-upon price for a
term of 20 years or more. Armed with such a contract, accurate installation costs
and 30-year equipment warranties, a renewable-energy developer can obtain
appropriate financing.”
An added incentive could lie in boosting return by including a renewable-energy
premium payment from the utility company in addition to the contract
reimbursement rate, specific to the actual form of renewable energy technology.
Using solar-photovoltaic generation as an example (since it occurs during the day
when most needed), Kelly says a private producer also could enjoy the highest

added premium. Solar generated by individuals lowers peak demand, thus
reducing the amount of expensive peak-power purchases a utility must make.
Today’s solar, as a viable energy source, is experiencing remarkable acceptance
overall by local electric utilities in Arkansas. The announced solar projects dwarf
the total existing installation capacity 15 times over, Kelly says, adding: “While this
is good on the surface, it’s apparent the regulated electric utility monopoly has
decided that solar energy is indeed great as long as they own it outright.”
Meanwhile, Kelly maintains, public relations campaigns continually shine the
industry’s desires on state lawmakers. “The reality being glossed over in the
process is the truth that they aren’t inclined to share any sand in the sandbox with
those who might generate their own renewable energy.”
I’d encourage every Arkansas lawmaker to revisit this matter with the best interest
of all Arkansans at heart by searching out the deeper truths that underlie Kelly’s
association’s efforts toward fairness for private energy producers.

Mike Masterson’s column appears regularly in the Arkansas Democrat-Gazette.
Email him at mikemasterson10@hotmail.com.