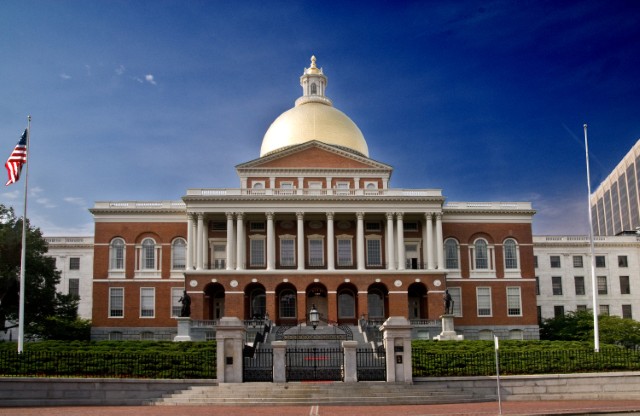 Now lawmakers passed a bill to end Massachusetts' net metering woes at least for the time being as the finalized bill awaits the governor's approval, with the House of Representatives passing the bill yesterday and the Senate approving it today. But the lone vote against the bill in the House yesterday was from Rep. Jonathan Hecht (D), who worried the bill would slow down solar energy's growth by lowering the net metering rates.

"I'm afraid if we do lower net metering rates by that large amount, it means many solar projects simply will not get built," Hecht said. "I remain deeply concerned that this legislation takes us down the wrong path on solar policy and once in place it will prove difficult to correct."

Frustrated lawmakers and stakeholders had earlier sent letters and petitions calling for more action as utilities hit their caps or rapidly approached them. More than 5,000 petitions and letters were sent to House Speaker Bob DeLeo (D), and 100 lawmakers sent a letter to their legislative compatriots demanding they lift the caps.

At issue in the bill is how to reimburse solar projects for the excess energy they export to the grid. The Senate pushed for remuneration credits closer to the retail rate and a cap high enough to reach the 1,600 MW solar target set under former Gov. Deval Patrick (D) in 2013 and endorsed by current Gov. Charlie Baker (R). The House instead wanted to increase the cap on net metering by 2% for public and private projects, and reduce the value of credits paid to large-scale solar owners from the retail rate of $0.16-$0.17/ kWh to the wholesale rate of $0.03-$0.04/kWh​.

The solar sector favored the Senate bill while utilities favored the House bill. The final bill passed by the committee appears to strike a compromise between both sides by raising the cap 3%, instead of the proposed 2%, and keeping remuneration closer to the retail rate for smaller-scale solar projects. The bill also enables utilities to charge a minimum fee, in an acknowledgment of arguments from the utility sector that solar users aren't paying their fair share to maintain the grid.

The solar sector appears relieved now that a final bill has been hashed out and stalled solar projects can move begin to forward again.

"While the compromise proposal includes cuts to the rates at which some customers are credited for solar power, it gets the industry moving again,” SEIA CEO Rhone Resch said in a statement. "We urge lawmakers to move quickly to approve this proposal and we look forward to continuing to work with the legislature and Gov. Baker to craft long-term, sustainable policies for the solar industry in Massachusetts."

The finalized bill now awaits the governor's signature, where it could then be signed into law.