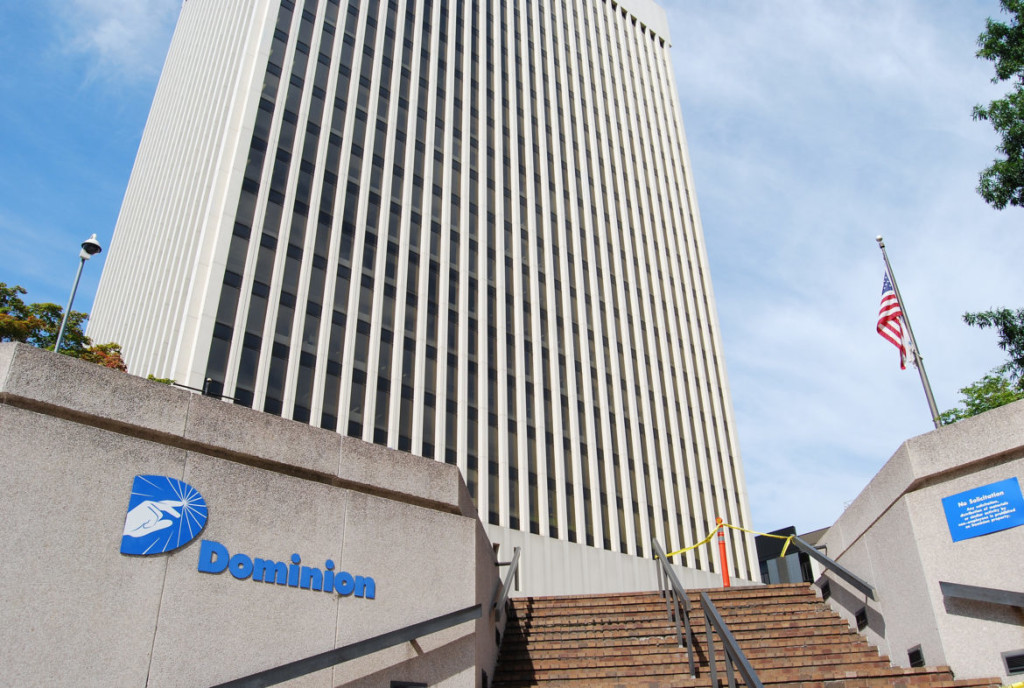 A plan by Dominion Energy to supply 100 percent renewable power to its commercial and industrial customers has been welcomed by some clean energy advocates, but others say it will effectively forbid third parties from competing in this lucrative and burgeoning market.

“This will impede the renewable choices of its customers,” said Ron Cerniglia, Director of Government Affairs for retail supplier Direct Energy, which has been planning to enter the Virginia market. “Essentially, retailers will be locked out of this important class of customers. Dominion is using its monopoly authority to prevent retailers from entering that market.”

Will Cleveland, who follows generation policy developments for the Southern Environmental Law Center (SELC) in Charlottesville, is “suspect” about Dominion’s motives.

“Does Dominion’s filing seek to substantively advance renewable generation in Virginia, or is it really only designed to cut off competition without achieving any measureable increase in renewable generation,” Cleveland asked. “Can a utility just come in and get some really bad tariff approved that nobody actually signs up for, but still blocks third-party competition?”

Dominion Energy did not respond to requests for comment.

Earlier this year, Direct Energy sought permission from the State Corporation Commission (SCC), which regulates utilities, to market a 100 percent renewable energy product. But in its ruling, the SCC allowed that authority only if the state’s investor-owned utilities did not have a similar offering available to their ratepayers.

Beginning on page 2 of its filing, Dominion cites the specific language in Virginia’s legal code (Va. Code § 56-577 A 5) to assert how its offer of a 100 percent renewable product blocks any such offerings from competitors.

“Dominion has had 10 years (since lawmakers in 2007 ended the state’s experiment with customer choice) to file a renewable energy tariff,” Cerniglia said. “We’re very concerned with these developments. It is certainly our intention to intervene” at the SCC.

Dominion is proposing six new voluntary rates, or tariffs, for its “Continuous Renewable Generation” (CRG) Rate Schedules. They are to be available soon for eligible customers for a minimum of five years, or longer if mutually agreed upon. It said the intermittency of solar, wind and other renewable sources will be packaged to supply round-the-clock delivery of power through a portfolio of external and internal options dedicated to would-be customers.

Dominion’s filing states “the renewable energy supplies may take the form of a single PPA (power purchase agreement) to serve a single customer; however, it is anticipated that many customers will prefer a bundle of differing renewable sources. In such cases and depending on the customer interests, the company may assemble a portfolio of multiple resources designed to service individual or multiple customers.”

Any sources of renewable generation from aspiring wholesale suppliers “must be within the geographic scope of the PJM wholesale market,” Dominion states, which includes most of Virginia and all or parts of ten other states.

The SELC’s Cleveland and Tony Smith, president of solar developer Secure Futures LLC in Staunton, said they expect a lot of stakeholders to participate and challenge whether individual rates – if approved by the SCC – are in the state’s best long-term interest.

Smith, a frequent critic of Virginia’s energy policies, said the filing is “very well-orchestrated” and builds on a two failed bids by Appalachian Power Co. to try to achieve the same outcome.

The expected contest over Dominion’s filing may come down to amending the rule prohibiting third-party competition. Smith said he likes to think if Dominion would approve, then its application could sail through the SCC. “That’s where the fight will occur.”

Cleveland added: “Right now, this is just a skeleton of an idea. It’s going to involve a lot of Q & A and digging in the (SCC) docket to figure out what this thing is. Ignoring the monopolistic aspects, it’s not clear this will be a good thing for customers.”

Jim Pierobon is a former Chief Energy Writer at the Houston Chronicle and is the principal writer of The Energy Fix blog. He is a policy, marketing and social media strategist who has reported on, testified and consulted about solar energy, energy efficiency, smarter grids, energy cyber-security, fossil fuel price spikes and the rise and fall -- and the rise again -- of nuclear energy. He resides in Northern Virginia.