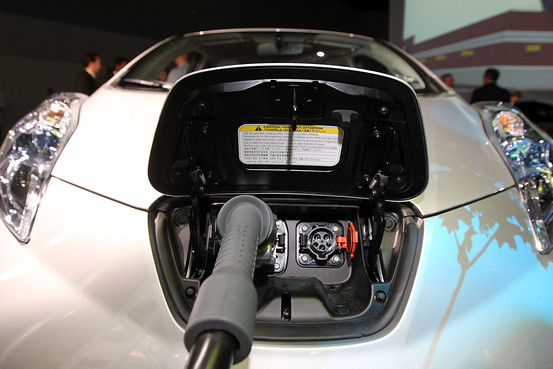 The Nissan Leaf can draw electric power from high-speed and slower chargers because it has two connections on the front of the car. The Dallas Morning News/Associated Press

As utilities across the U.S. grapple with stagnant electricity sales, many see opportunity in the fledgling need for electric-car charging stations. But some companies' tactics are spurring complaints from consumer advocates.

Electricity companies across the country are asking permission to let them tack on fees to customer bills to fund pilot projects for building networks of charging stations. Critics say the requests are unfair because they would make all customers pay the high cost of experimental equipment even though it would benefit only a few—often affluent—people. 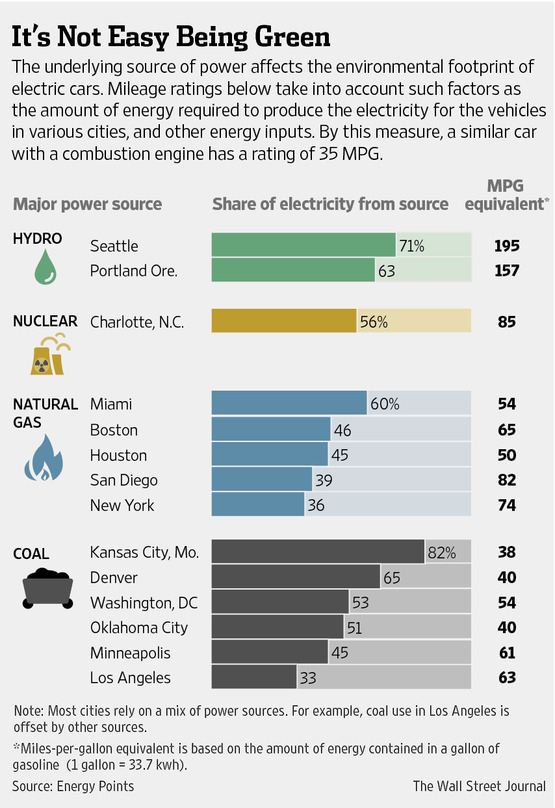 The Utility Reform Network, a nongovernmental organization that fights rate increases, has asked state regulators to reject the new fee, about 40 cents a month for an average customer.

It is inappropriate to ask consumers to pay for risky business ventures, says Marcel Hawiger, a lawyer for the group. The equipment might not prove profitable in the long term or quickly could become outdated, he says. "Shareholders should fund business opportunities for the company."

As products from light bulbs to refrigerators become more energy efficient, U.S. electricity usage has gone flat, threatening the future of utilities. The prospect of more electric cars on the road—and plugged into power sockets when they aren't—could revive demand for power. But consumers have been reluctant to buy electric cars, partly because of their limited range. Nissan Motor Co. 7201.TO -0.99% 's plug-in Leaf can travel around 80 miles on a single charge.

The Edison Electric Institute, an industry trade group, last month encouraged U.S. utilities to use electric vehicles to entice more consumers to embrace the cars. There are only 200,000 electric cars in the U.S., according to the Electric Power Research Institute.

Sales of individual electric cars are beginning to rise. Americans registered more than 46,000 new plug-in cars last year, according to research firm IHS. IHS +1.00% That was triple the number of 2012 but still less than half a percent of all U.S. car registrations.

But it is generally more expensive to buy an electric car than a similar conventionally powered vehicle. Ford Motor Co. F -0.06% prices the Focus Electric around $35,000, roughly $11,000 more than the most-expensive gas-powered Focus. Electric cars also have limited range; most can travel less than 100 miles on a single charge, which can take eight hours.

"There's a place for electric vehicles, but it'll be a long time before they come anywhere close to being a universal replacement to an internal-combustion vehicle," says IHS analyst Phil Gott.

Another factor likely to constrain adoption of electric cars is that fuel costs for conventional vehicles are expected to fall because of federally mandated fuel-efficiency improvements. The average gasoline-fueled car is expected to run 53 miles on a gallon of gasoline by 2025, compared with 35 miles today, according to the U.S. Energy Information Administration.

In New Jersey, a utility owned by Public Service Enterprise Group Inc. PEG +1.00%recently began offering electric-car chargers to any employer in the state with at least five workers who could use it. The company is paying the program's $400,000 cost so it can study usage and better gauge what PSEG's role should be in customers' charging needs, says Jess Melanson, the utility's director of energy services.

But Indianapolis Power & Light, a unit of AES Corp. AES +0.53% , wants its customers to pay the $16 million cost of installing 200 electric-car charging stations around town. The chargers would form the backbone for an electric-car sharing service proposed by France's Bolloré SA, BOL.FR -0.41% which operates a similar car-sharing service in Paris. The cost would be 28 cents a month for the typical power customer for 10 years, the utility says.

The Citizens Action Coalition, a nonprofit group that advocates for utility consumers, says shareholders—not utility customers—should pay for the investment. "This is corporate welfare at its worst," says Executive Director Kerwin Olson.

More people would be willing to buy an electric car if charging stations were more plentiful, says Dave McCreadie, head of electric-vehicle infrastructure at Ford. "It helps allay people's fears that, 'If I get an electric car I'm going to get stranded.' " If employers added workplace chargers, it would help fill the gap, he says.