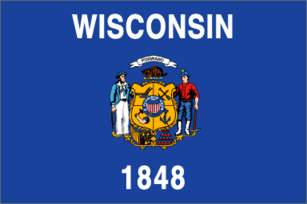 The Wisconsin Supreme Court on June 30 upheld state rules for siting wind farms, rejecting a challenge from realtors and homebuilders who argued that the requirements are invalid because the Public Service Commission of Wisconsin did not request a housing-impact report from the state Commerce Department.

In a 5-2 decision, the court said the rule, which includes setback requirements from residences, does not "directly or substantially" affect housing, trigger language that determines when agencies must formally consider the impact of a proposed rule.

"The court of appeals explained that 'a housing impact report is not required simply because the subject matter of a proposed rule relates to housing, or because the rule tangentially affects housing in some way,'" Justice Shirley Abrahamson wrote for the majority. "We agree."

The Legislature in 2009 directed the commission to draft rules setting restrictions that municipalities could impose on wind project developers. Lawmakers were concerned about the potential health effects of wind turbines, Abrahamson said. "There is no mention … of protecting housing generally or of protecting property values specifically."

Chief Justice Patience Roggensack, in a dissenting opinion joined by Justice Annette Kingsland Ziegler, said human health and property values are intertwined. "As health effects caused by wind turbines also affect the real estate market, the legislature required the Commission to obtain a housing report while it was in the process of promulgating" the rule, Roggensack wrote.

The state's Wind Siting Council, which was created by the legislature to advise the commission, determined that there is no "causal relationship" between the location of wind turbines and "a measurable change" in property values.

The assessment lines up with a 2014 report from the Lawrence Berkeley National Laboratory that found, on average, wind turbines do not depress homes values or sales rates. Also in 2014, researchers at the Massachusetts Institute of Technology said wind farms do not threaten the health of people living nearby.

Roggensack said Wisconsin does not require housing reports only for proposed rules that would negatively affect the sector.

Garrett Devine contributed to this article.