WSJ: As Conservation Cuts Electricity Use, Utilities Turn to Fees

As Conservation Cuts Electricity Use, Utilities Turn to Fees 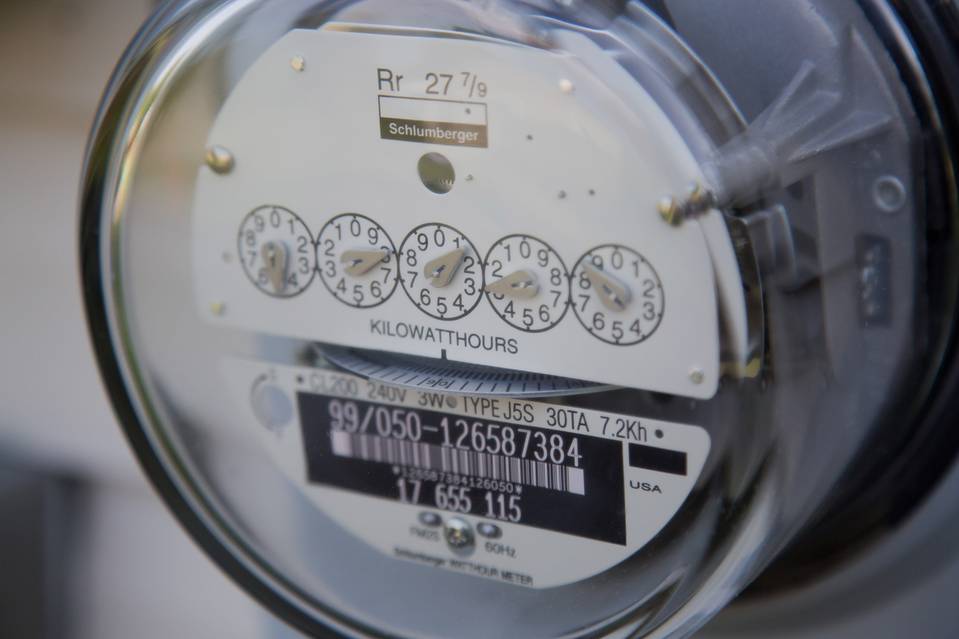 Electricity providers in 22 states have proposed increases in the monthly fees charged consumers for maintenance and other services, in many cases by double-digit percentages, as power consumption per square foot of residential space declines. PHOTO: MICHAEL NAGLE/BLOOMBERG NEWS
By REBECCA SMITH

Electric utilities across the country are trying to change the way they charge customers, shifting more of their fixed costs to monthly fees, raising the hackles of consumer watchdogs and conservation advocates.

Traditionally, charges for generating, transporting and maintaining the grid have been wrapped together into a monthly cost based on the amount of electricity consumers use each month. Some utilities also charge a basic service fee of $5 or so a month to cover the costs of reading meters and sending out bills.

Now, many utility companies are seeking to increase their monthly fees by double-digit percentages, raising them to $25 or more a month regardless of the amount of power consumers use. The utilities argue that the fees should cover a bigger proportion of the fixed costs of the electric grid, including maintenance and repairs.

“The [electricity] grid is becoming a more complex machine, and there needs to be an equitable sharing of its costs,” said Lisa Wood, a vice president of the Edison Foundation, the nonprofit arm of the utility industry’s trade group Electric Electric Institute. A typical American household pays $110 a month for electricity, she said; more than half goes to cover fixed costs.

Utilities in at least 24 states have requested higher fees, according to the Environmental Law & Policy Center in Chicago, which opposes some of these increases. If regulators allow the fee increases, “the result is that low-use customers pay more than in the past, and high-use customers pay less,” said Bradley Klein, a senior attorney for the group.

The problem for utilities is that many consumers are using less power these days, in large part because appliances and equipment are getting more energy efficient. Even though U.S. homes are getting bigger, energy consumption per square foot is going down, according to the federal Energy Information Administration. The rise of rooftop solar power in some parts of the country also is chipping away at power sales.

In recent fights in Connecticut, Pennsylvania, Iowa and other states, regulators have said they are sympathetic to the plight of utilities but don’t want them to raise fees too aggressively. 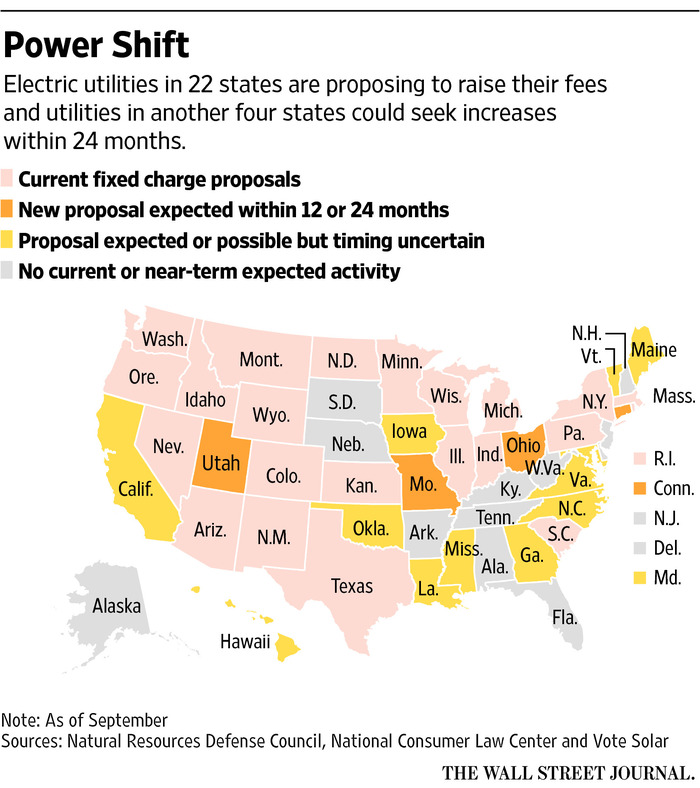 Eversource Energy’s Connecticut Light & Power asked for permission last year to raise its fee 59% to $25.50 a month from $16. But the state’s utility regulator balked, instead granting the company permission to charge residential customers 20% more, or $19.25 a month, starting this year.

The size of the initial request angered customers so much that the Legislature got involved and passed a bill in June that requires the fee to be reviewed—and likely lowered—the next time the utility seeks a general rate increase.

“Fixed fees are unpopular because they disempower the customer and discourage investments in rooftop solar and energy efficiency,” said William Dornbos, Connecticut director for the Maine-based Acadia Center, a public interest group that promotes clean energy.

He says high monthly fees reduce the proportion of the total bill that a customer can lower by conserving energy, reducing the incentive to embrace solar and cut usage.

Eversource said Connecticut Light & Power’s cost of providing service, excluding the cost of the electricity itself, is about $35 a month per home. “We proposed what we believed to be a more reasonable charge,” said Mitch Gross, an Eversource spokesman.

‘The more dollars they collect through a fixed monthly charge, the less their revenue fluctuates’

In Pennsylvania, PPL Corp., parent of Pennsylvania Power & Light, wants to raise its customer-service charge by about 42% to $20 from $14.13, as part of an overall 6% rate increase. Under its rate proposal, about 60% of the added revenues would come from a higher monthly charge.

Pennsylvania’s Office of Consumer Advocate, which represents electricity customers, has generally opposed fee increases. Tanya McCloskey, the acting head of the agency, said she knows that for utilities, “the more dollars they collect through a fixed monthly charge, the less their revenue fluctuates from weather or recession or other things.” But she says she thinks utilities sometimes exaggerate the proportion of their costs that are truly fixed.

PECO, the Philadelphia utility that is part of Exelon Corp., agreed earlier this month to charge customers $8.45 a month apiece, up from $7.13, rather than the $12 it proposed in March.

Indianapolis Power & Light is asking state regulators for permission to boost its monthly fees, with the biggest percentage increases falling on customers who use little power. Households consuming less than 325 kilowatt-hours of electricity a month—about 15% of its customers—would pay $11.25 a month, 68% more than the current $6.70.

Residences using more than 325 kilowatt-hours of electricity would pay $17 a month, or 54% more than the current of $11. The utility also wants to increase the price for electricity by anywhere from 3.69% for the biggest consumers to 28% for the smallest users.

Ken Flora, Indiana Power’s director of regulatory affairs, said he thinks the proposal fairly distributes the costs of the electric grid. But the plan has drawn vigorous opposition from a broad coalition of consumer advocates, including those representing the elderly, the poor, and conservation-minded consumers.

Write to Rebecca Smith at rebecca.smith@wsj.com