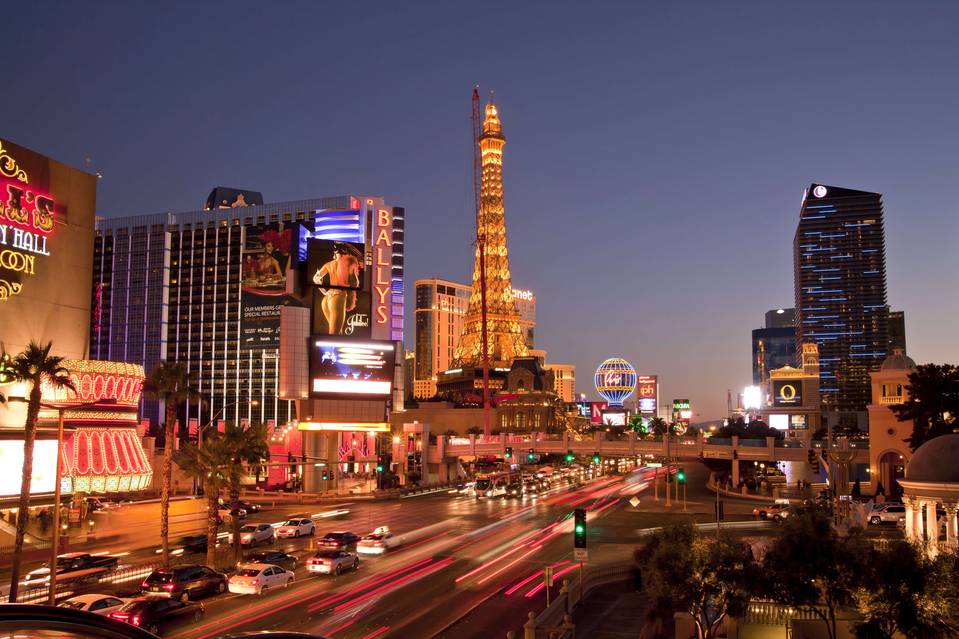 Las Vegas casinos and other companies back the November ballot measure that would create a competitive retail power market where customers could choose their provider. PHOTO: AGF/ZUMA PRESS

Nevada is the latest battleground in a national political fight over whether consumers and businesses should be able to choose where they buy electricity.

A November ballot measure backed by Las Vegas casinos and other firms would end the monopoly of the state’s largest utility, NV Energy, owned by Warren Buffett’s Berkshire Hathaway Inc., and create a competitive retail power market where customers could choose their provider.

The measure has bipartisan support from such figures as Sheldon Adelson, owner of Las Vegas Sands Corp. and a major donor to Republicans, and Senate Minority Leader Harry Reid, the retiring Nevada Democrat.

It would lead to lower electricity prices and greater opportunities to buy solar power for less than NV Energy charges, argues Matt Griffin, chair of Nevadans for Affordable, Clean Energy Choices, the group pushing the measure. Supporters are rolling out internet, billboard, radio and television ads.

The measure is opposed by the state’s AFL-CIO union, which represents 200,000 workers. It is urging voters to defeat it over concerns that the changes could boost consumers’ utility bills and cause utility job losses, said Danny Thompson, the union’s executive secretary and treasurer. Mr. Thompson pointed to California, where power prices rose sharply in 2000 after the state deregulated its power market and traders at Enron Corp. manipulated that market.

NV Energy, which supplies power to 90% of the state, says it is officially neutral on the measure, but it has warned lawmakers in an August document about unintended consequences, such as potential price increases and job losses that could follow if it passes.

The proposal, which would amend the state constitution, would direct the state legislature to draft new rules, and require another round of voter approval before becoming law. NV Energy would continue operating the grid and charging customers for delivering power over transmission and distribution lines.

If the campaign ultimately succeeds, Nevada would join New York, Texas and about a dozen other states where consumers and businesses can choose their electricity provider.

Nearly 19 million residential, commercial and industrial customers across the U.S. bought power in 2015 from suppliers that weren’t traditional utilities, up from less than 9 million in 2004, according to the Energy Department.

Power prices in states with restructured power markets rose from 1997 to 2007, according to a 2015 report from researchers at the University of California. But they fell in the following five years—along with falling natural gas prices—while prices in regulated states rose steadily over the 15-year period, the report shows.

About 72% of Nevada voters support the measure, according to a September poll by Suffolk University in Boston.

“We’d like to see energy choice because we want access to the best renewable energy resources and other cost effective sources,” saidRon Reese, a spokesman for Las Vegas Sands. Las Vegas Sands is backing the campaign along with MGM Resorts International, Wynn Resorts Ltd. and Switch Ltd., a data-storage firm based in Las Vegas.

All four companies asked the state Public Utilities Commission for permission to leave NV Energy service. The commission approved the casinos’ departure, in exchange for exit fees of $87 million for MGM, $16 million for Wynn and $24 million for Sands, but it denied Switch’s request. MGM paid the fee and is now buying power from Tenaska Power Services Co. Sands and Wynn didn’t pay the fee and still buy power from NV Energy. Switch is suing the commission in federal court.

Switch estimates it is currently paying NV Energy as much as 80% more for green power than it would pay a competitive supplier, said Adam Kramer, an executive vice president at the company. “In an open market, you get better prices because people are competing for your business,” he said.

NV Energy declined to comment on that estimate, citing the litigation between the companies.

The deregulation push is part of a larger wave of challenges hitting the U.S. utility industry, which include weak power demand and competition from new technologies such as rooftop solar panels, industry watchers say.

“In state after state, regulators are being pushed to revisit some core aspects of utility regulation in order to accommodate the future model of what electric utilities are going to look like,” said Kira Fabrizio, a professor at Boston University’s Questrom School of Business.