WSJ: Will Homeowners Shell Out Thousands for Super Batteries? 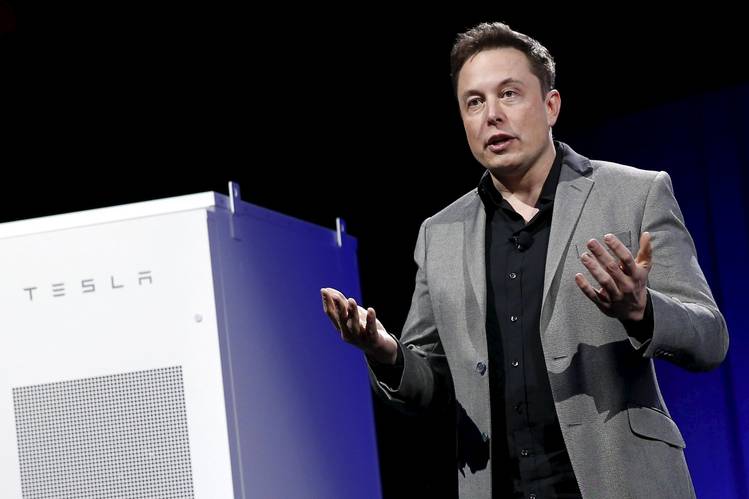 Will Homeowners Shell Out Thousands for Super Batteries?

Tesla Motors and others are jumping into budding business of electricity-storage batteries, but current market is very small

Kellie Haynes, an event planner in Sacramento, Calif., is one of the few Americans who already lives in that world. She says she loves the benefits but didn’t have to cover all the costs.

Whether people are willing to pay thousands of dollars apiece to join her remains one of the biggest questions hanging over Mr. Musk’s Tesla Motors Inc. and other companies jumping into the budding business of electricity-storage batteries.

Ms. Haynes lives in a year-old house with solar panels and a battery system that cost her nothing—the $25,000 system designed by San Francisco company Sunverge Energy Inc. was covered by government subsidies and utility incentives, according to developer Pacific Housing Inc. that built her 34-house neighborhood in Sacramento.

Tesla Motors CEO Elon Musk unveiled a line of home and industrial battery packs late Thursday, representing a strategic shift as his money-losing electric car company tries to break into a crowded energy storage market Photo: Bloomberg
So far, Ms. Haynes’s highest monthly electricity bill has been $50, and at the moment her local electric utility owes her money, she says, because she puts more electricity on the grid than she takes off. Another plus is she can keep the lights on even if there is a utility blackout by tapping her 7-kilowatt battery pack, which is the size of two small school lockers.

Tesla “talked about it like it was revolutionary but we’ve already got it,” Ms. Haynes said. “It’s kind of exciting to be on the front lines.”

The market for electricity storage is very small, especially among homeowners, analysts say. About 62 megawatts of storage systems were installed last year at 180 properties, with 99% of the power going to utilities, businesses or government buildings, according to GTM Research.

Glenwood Management, which owns luxury apartment buildings, is installing big battery packs at nine buildings in New York City. The 100-kilowatt packs that can keep elevators running and common areas lighted cost about $500,000 apiece, but state rebates shave off up to 45% of the price.

Fewer than a dozen states have programs that provide cash grants to help fund electricity storage, but those that do typically offer thousands in cash back, according to the trade group Energy Storage Association. For instance, California rebates up to 60% of the price of a battery system. At the federal level, homeowners who buy batteries to back-up their rooftop solar-panel arrays qualify for investment tax credits worth 30% of the project’s price.

Government agencies that back the incentives say the burden to taxpayers is acceptable to encourage greater use of renewable energy. Batteries can be charged by solar and wind power, then provide electricity when the sun isn’t shining and the wind isn’t blowing. And batteries can do it silently and without air emissions typical of conventional diesel-fired generators.

Tesla and its sister company, SolarCity Corp.—Mr. Musk is chairman of both—have been testing batteries at about 300 houses, including one owned by Peter Rive, SolarCity’s chief technology officer and a cousin of Mr. Musk.

Tesla plans to offer a 7 kilowatt-hour battery pack that can handle many charges and discharges a day. It will cost roughly $7,000 to buy and install, including special equipment needed to connect to solar panels and the grid.

Even Mr. Musk concedes the battery doesn’t make much economic sense right now for individual homeowners; grid power is still cheaper than solar-battery combinations. But a trend toward sharply higher electricity prices may change that. The cost of traditional grid power is rising, while solar power costs are plunging.

Battery advocates say electricity storage options will become more attractive once consumers face time-of-use pricing. Some parts of the U.S., including much of California, are expected to roll out such programs in the coming years, charging higher rates for pulling power off the grid at peak times. For instance, running an air conditioner in the afternoon when it is hottest could soon cost more than double what it does at night.

SolarCity is focusing its sales push on Tesla’s 10 kilowatt-hour Powerwall, which provides back-up power in the case of electricity disruptions and can also be used up to 50 times a year to reduce a home’s use of the grid to cut electricity costs, Mr. Rive says.

The Powerwall starts at $5,000 to lease or $7,140 to buy, which Mr. Rive says is on par with what consumers pay to buy and install a backup generator fueled with diesel or propane. Prices include installation and must be combined with a solar lease or purchase for panels, which can range from $17,000 to $23,000 for a typical home array. When added to an average-size array of home solar panels, a Powerwall can keep a house humming for a few hours or days on end, depending on how many appliances it must keep energized.

Battery advocates say electricity storage options will become more attractive once consumers face time-of-use pricing. But the budding industry will face significant headwinds if a 30% federal tax credit for solar projects set to expire in 2016 is allowed to lapse.

Some companies find batteries an attractive way to save money. Glenwood Management, which owns luxury apartment buildings, is installing big battery packs at nine buildings in New York City. The 100-kilowatt packs that can keep elevators running and common areas lighted cost about $500,000 apiece, but state rebates shave off up to 45% of the price.

The batteries can provide a spurt of electricity on hot days, allowing Glenwood to trim its use of expensive grid power. The company has cut its annual electricity cost at one 396-unit high rise by 15%, saving $82,000 in one year, says Josh London, a vice president at Glenwood.

Some experts say it will take years for home battery storage to catch on. Darren Hammell, chief technology officer for Princeton Power Systems, is one of them. His New Jersey-based company furnishes electronics to Tesla for its batteries and designs big commercial-scale electric storage systems, including one recently installed on San Francisco’s Alcatraz island.

“Some people will go for anything with the name Tesla on it,” he says, adding that the economics for residential batteries are so complicated that household use is “not compelling today and likely not for many years.”

The budding industry will face significant headwinds if a 30% federal tax credit for solar projects set to expire in 2016 is allowed to lapse. And most players in the small network of companies that can sell and install solar-storage systems today would rather sell a single large battery system to a power utility or major industrial customer rather than sell a lot of tiny units to individual homeowners.

Still, if the costs come down far enough, the residential market could turn out to be a big one, says Haresh Kamath of the Electric Power Research Institute in Palo Alto, Calif. “It won’t be the first time a product has gone from being a novelty to an essential item in the home.”

Write to Rebecca Smith at rebecca.smith@wsj.com and Cassandra Sweet at cassandra.sweet@wsj.com